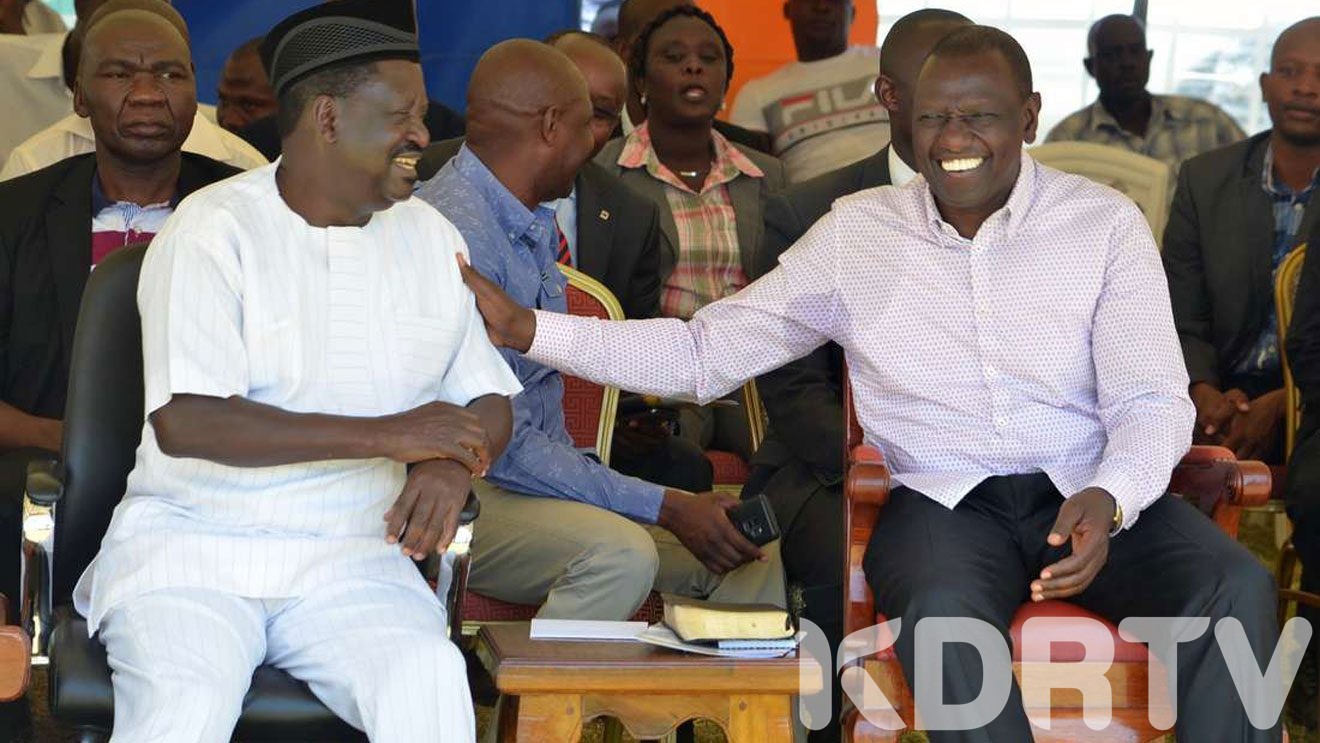 According to Gatundu South Member of Parliament Moses Kuria who is a close confidant of Dr Ruto,both Ruto and Raila will attend the rally thus making it the best as per the goals of the Building Bridges Initiative report.

“The Meru BBI rally on 29th February will be the best so far. If inclusivity is one of the aspirations of the BBI, this will be the hallmark of the Meru rally with the Deputy President H.E Dr William Ruto set to attend for the first time alongside former Prime Minister Rt Hon Raila Odinga. This is the Kenya we want,”Kuria said on Facebook

Political environment and sentiments are expected to dominate the event as the two political rivals will be at the heart of Mt Kenya region, the region they have both been trying to impress ahead of the next 2022 general elections. William Ruto and Raila have been termed the front-runners in fast approaching polls and their allies have since been engaging in ugly public spats.

William Ruto’s stand on the BBI report has not been very clear and politicians allied to Raila Odinga have been accusing him of opposing the report.The rally will bring together 11 counties among them TharaKa Nithi, Nyeri, Embu and Kirinyaga.

Subscribe to watch latests videos
In this article:BBI, RAILA AND RUTO MEET