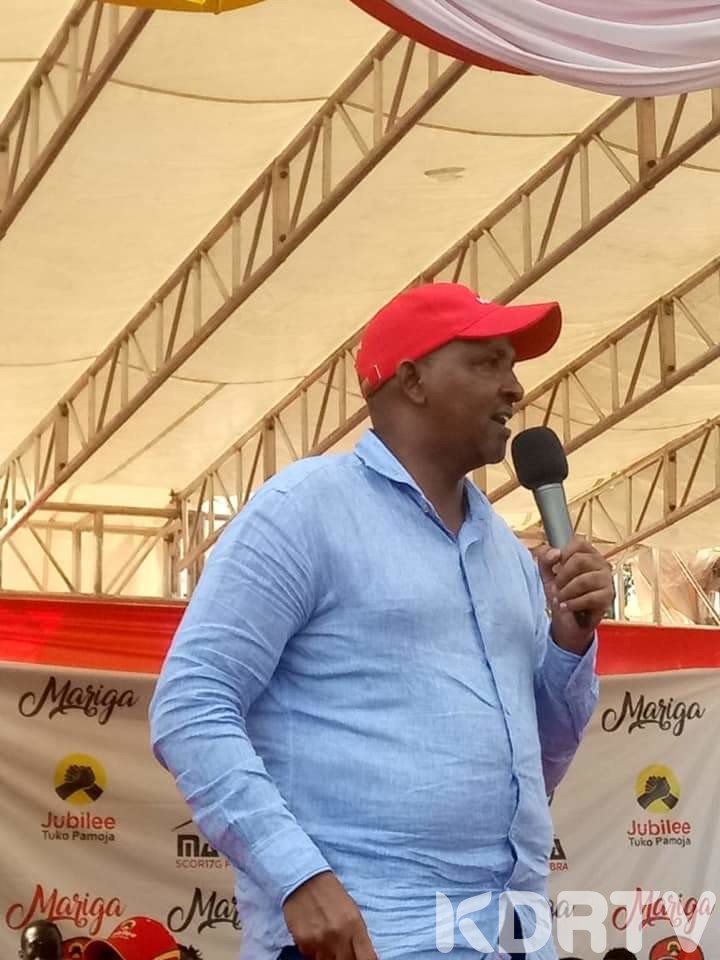 National Assembly Majority Leader Aden Duale has challenged those hell-bent on maintaining the tyranny of numbers in certain regions to take their game to the bedroom (sire more children) and not manufacture census results in the boardroom.

Speaking during a Press Conference on Wednesday, the tough-talking politician rejected the recent census results released by the Kenya National Bureau of Statistics on Monday. He said the numbers of North Eastern do not add up.

“You cannot stop the tyranny of numbers. You can not stop human beings walking on the streets. The game is not played in the boardrooms but the bedroom,” he said.

Duale, who was flanked by 18 MPs from North Eastern Kenya, claimed that the census results were not actual results but were based on the pre-census mapping.

According to the results released on Monday, the North Eastern Region has more men than women. And the Garissa MP wonders how that is possible since the region is known to have polygamous men.

“If you have too many men who do they marry? Do they marry themselves?” he wondered?

He said there was no way, some regions like Mander could have recorded a negative growth rate because it goes against the basic rules of a population.

This data is false and not fit for the purpose of use. Someone wants to create a scenario where some people will be marginalised and take our resources to certain regions,” he said.

On Tuesday, Mandera Senator Billow Kerrow wondered how North Eastern Kenya, the region with the highest birth rate in Kenya, could record a paltry increase of 80,000 people in the past 10 years.

Billow Kerrow (@bkerrow) North Eastern (3 Counties) their census in 2009 was 2.39 million, yesterday, the figures released were 2.47 million meaning the growth was 80,000- a region that has the highest birth rate. How did the figures come down? @SophiaWanuna #TheBigStory pic.twitter.com/3LH7KE2dGF

“For those from North Eastern (NE), it is incredulous that the population of the 3 counties of Mandera, Wajir & Garissa is 2.4 million, same as Kiambu county at 2.4 million! NE grew by 80k in 10 years whilst Kiambu grew by 800k. Na hawazai!” Kerrow posed on social media.