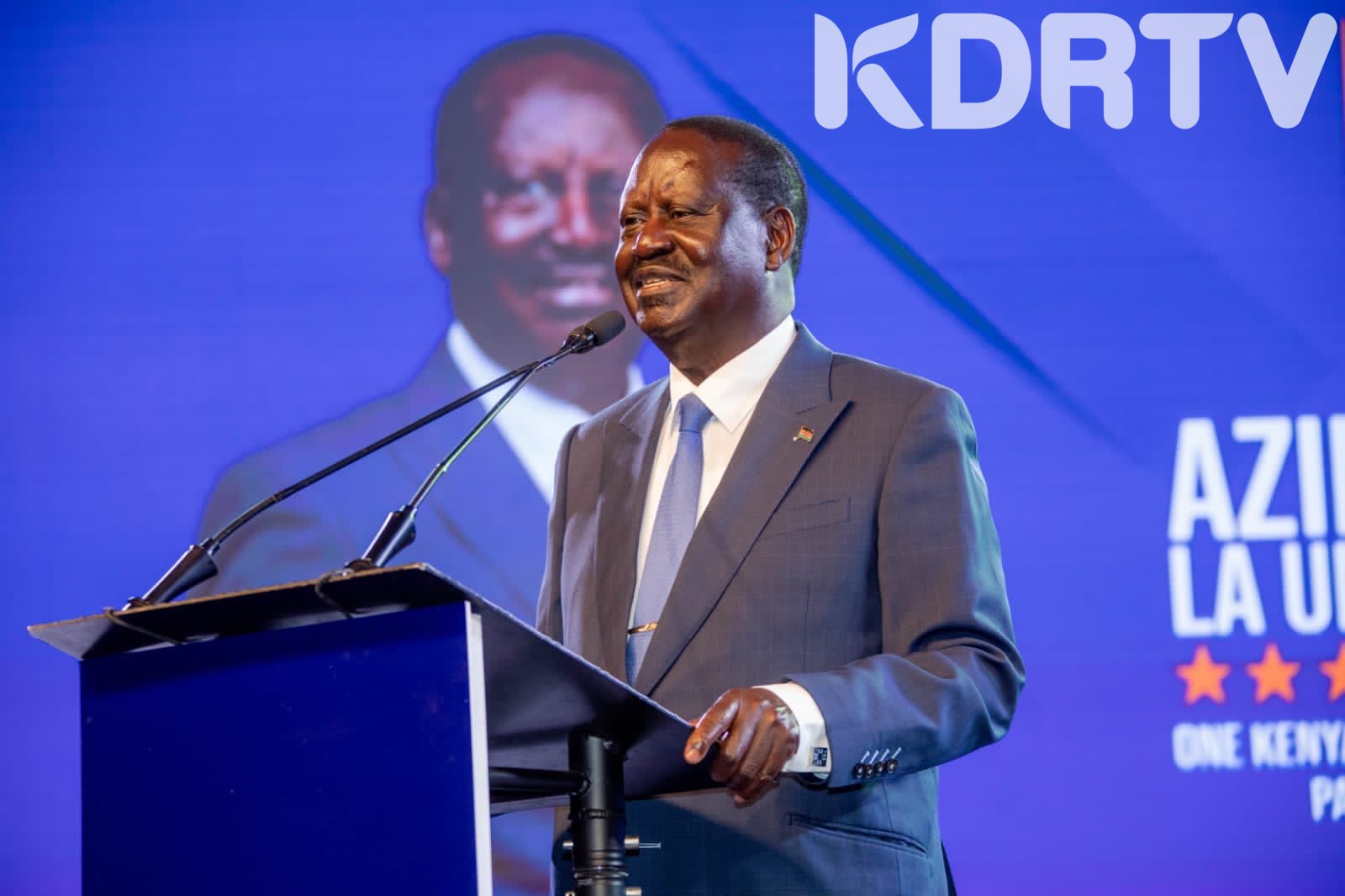 Azimo la Umoja Presidential flag bearer Raila Amolo Odinga and his running Mate Martha Karua have launched their manifesto on what they will do once they get into power.

In an event held at Nyayo Stadium on Monday June 6 Evening Raila outlined his plan as;

1. One County, One Product

According to Raila, the policy is based on manufacturing as the engine for wealth generation and employment in order to attain double-digit economic growth.

The National Government will offer each county government with material and technical support for lively industrialization. It will also concentrate on boosting decentralized resources to reform counties by furthering the “One County, One Product” program.

The Azimio Government aims to make manufacturing the engine of its economic transformation and stimulate the expansion of all economic sectors, resulting in the creation of jobs and riches. It will promote the expansion of micro, small, and medium-sized enterprises, especially the JuaKali sector.

According to Raila, the goal of the Fukuza Njaa agenda is to feed the people and generate the agricultural abundance that Kenya has the ability to produce.

According to Raila, the money is an investment and the cornerstone for a new transformational value chain, which will also generate tremendous economic activity and build thousands of small-scale businesses and enterprises throughout the country.

Under this plan, the Azimio government will prioritize on the Kenyan women. The programme aims to improve women’s access to financing and offer women with support.

According to Raila, his government realizes that the country’s long-term growth and development is driven by its youth and will use the Inawezekana initiative to provide young people with the mentality, skills, funding, and technology necessary to innovate and even beat their global competitors.

BabaCare, which strives to solve health issues in the country and will ensure that all Kenyans have access to quality healthcare services.

According to Raila, this program will be an aggressive effort to ensure that all children in Kenya have access to a decent education.

Raila’s government will implement the Maji Kwa Kila Boma program to significantly reduce water shortages and high costs, and to ensure that everyone, especially the poor, has access to it.

The Raila-led government intends to build on and improve upon the achievements of the previous administration.

According to Raila, Africa has a retrogressive mindset that prefers to start over rather than build on previous achievements.