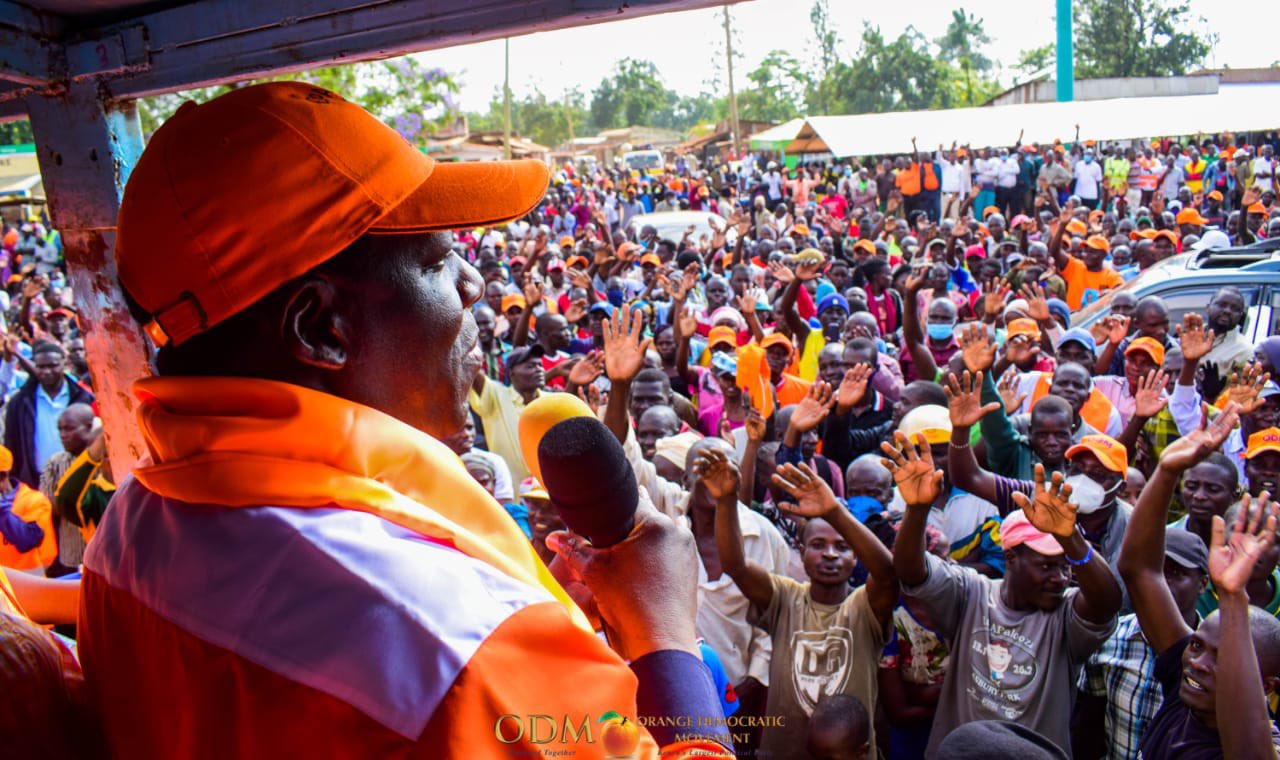 (KDRTV) – The race for the next Matungu MP has narrowed down to three candidates supported by ANC leader Musalia Mudavadi, ODM leader Raila Odinga and Deputy President William Ruto.

ANC looks to be early favorites in the race with its candidate Peter Oscar Nabulindo. Nabulindo came second (behind late MP Justus Murunga) in the 2017 polls.

Retaining the seat will be a personal battle for Malala as he aims to launch his gubernatorial ambitions ahead of next year’s general elections. The first time Senator, who rose from the position of MCA, is coming up against Governor Wycliffe Oparanya, who is leading campaigns for ODM candidate David Were.

Were was Matungu MP between 2007 and 2017. On Tuesday, the ODM brigade, among them Siaya Senator James Orengo pitched camp in Matungu to drum up support for their candidate.

There was excitement and jubilation among the people of Matungu Constituency as our party candidate was given the nod by the @IEBCKenya to campaign for the vacant seat. He was escorted by DPL @GovWOparanya Dir. of Campaigns @JunetMohamed & SG @edwinsifuna & a host of MPs & MCAs. pic.twitter.com/I5YbnVUXJ8

Looking to spoil the party for ODM and ANC is the newly formed UDA Party, an outfit closely associated with Deputy President William Ruto.

The wheelbarrow party has fielded businessman Alex Lanya in the race. As usual, party chairman Johnstone Muthama and his deputy Boni Khalwale will lead the campaigns in Kakamega.

Alex Lanya has been officially cleared by @IEBCKenya & the people of Matungu have promised to champion for him to get elected as the next MP! #Hustlernation pic.twitter.com/m9VywcyC6K

IEBC has cleared 20 candidates, among them Murunga’s widow Christabel Murunga and her step-son for the race. Matungu residents will vote to elect a new MP on March 4. The seat fell vacant following the MP’s death in November.