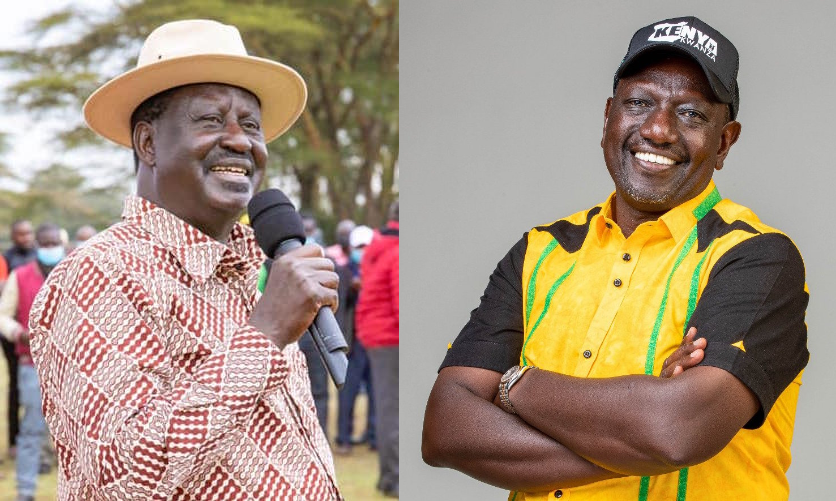 Azimio la Umoja One Kenya coalition presidential candidate Raila Odinga is the man to beat according to the latest opinion poll conducted by Infotrak.

In the polls released on Wednesday Raila has a popularity percentage of 43% followed by DP William Ruto who has 37%.

“We have Raila with 43 percent which generally translates to 9.4 million votes, he was at 9.3 percent in end of June. Ruto is at 37 percent which translates to 8.1 percent based on the current number of registered voters. He has lost about 300,000 votes because in end of June he had 8.4 million votes,” Infotrak Chief Executive Officer Angela Ambitho said.

George Wajackoya of the Roots Party, received 4% of the vote while David Mwaura got 0.1 percent in the survey, which had 9,000 respondents and was conducted across 290 seats.

“David Waihiga is at 0.1 percent popularity and the undecided has gone down to 16 percent and we can essentially say that the gains which have so far been made have gone to George Wajackoyah,” she said.

On the other side, DP Ruto continues to enjoy high support in Mount Kenya after study revealed that all 11 of the counties that make up the vote-rich region favor him overwhelmingly.

The previous opinion poll, conducted in June 2022, revealed that Ruto’s approval rating was 38%, while Raila’s rating was 42%.