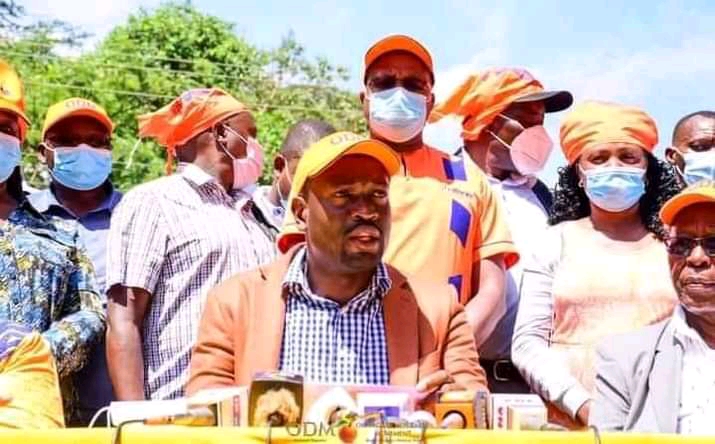 Earlier on, Edwin Sifuna had announced that he will close his political cards in 2022 general election and his sacred mission was to secure Raila’s presidency.

“I will henceforth vote at Loresho Primary School in Westlands Constituency. I will be vying for the Nairobi Senatorial seat in 2022 on ODM party ticket” Edwin Sifuna said.

This has waxed streams of controversial thoughts in Raila’s ODM owing to the prior speculations that the Jubilee Nominated MP Maina Kamanda was a sure bet to get ODM’s party ticket for Nairobi Senatorial post in 2022.

With poor party ticket calculations in ODM faction, Raila Odinga might feel the heat of rejection and betrayal from sections of his close allied resourceful lawmakers who have been largely pushing the Azimio la Umoja agenda across the country.

Anne Kananu resumed the office of the county boss after the Senate upheld former Governor Mike Sonko’s impeachment motion that was sponsored by the Nairobi County Majority Leader Peter Imwatok on 17th December, 2020.

Governor Mike Sonko has however showcased the intention of reverting back into politics through Raila’s Azimio la Umoja vessel.