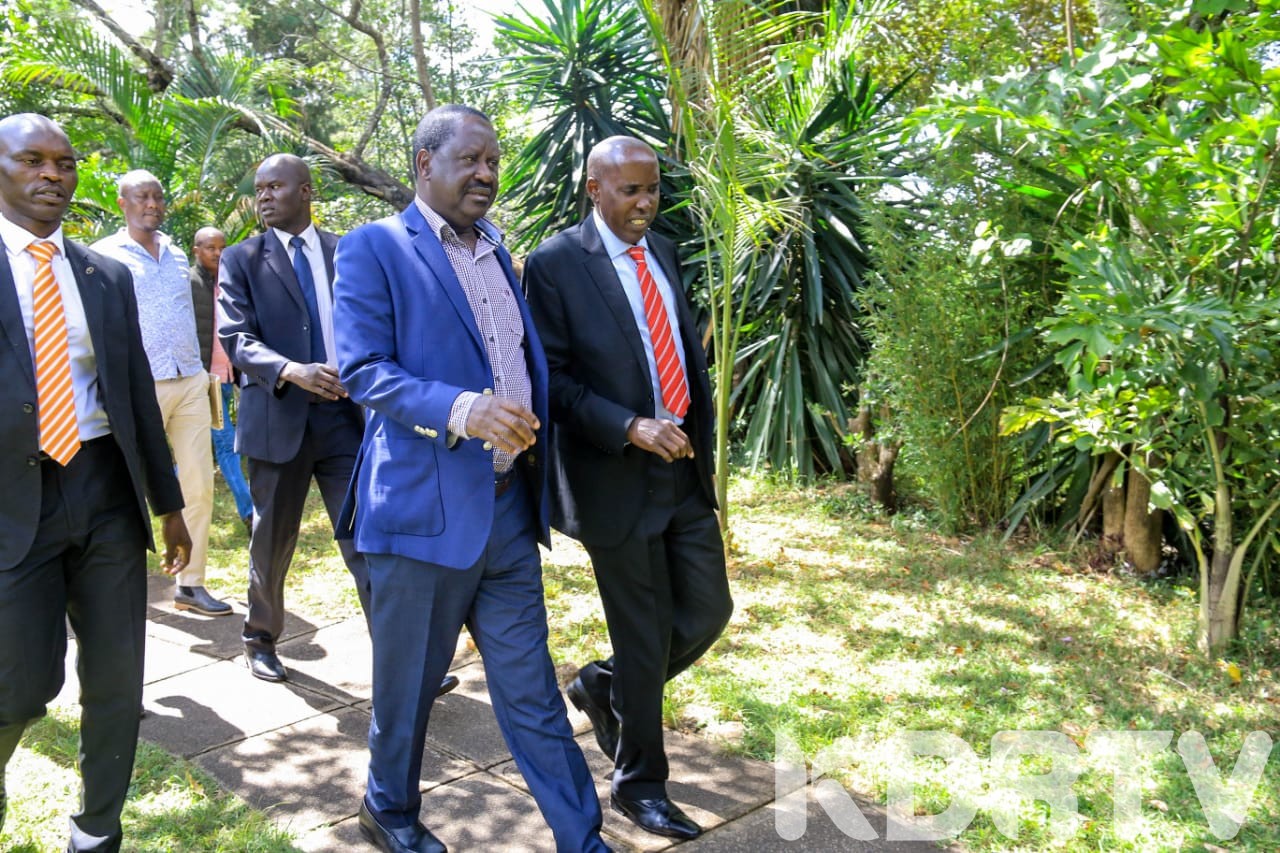 KDRTV-Deputy President has been abandoned by his lieutenants as Raila takes charge of the Building Bridges and Reggae to Narok and Kajiado Counties. BBI Train Heads to Kajiado and Narok Counties as Maa Governors welcome Raila

The Maa community led by their two Governors’ Ole Ntutu and Ole Lenku welcomed Raila Odinga for a special meeting  in a bid to woo their community to back the Building bridges initiative which is a vehicle President Kenyatta and Raila Odinga are championing to bring sanity and change in the Country. 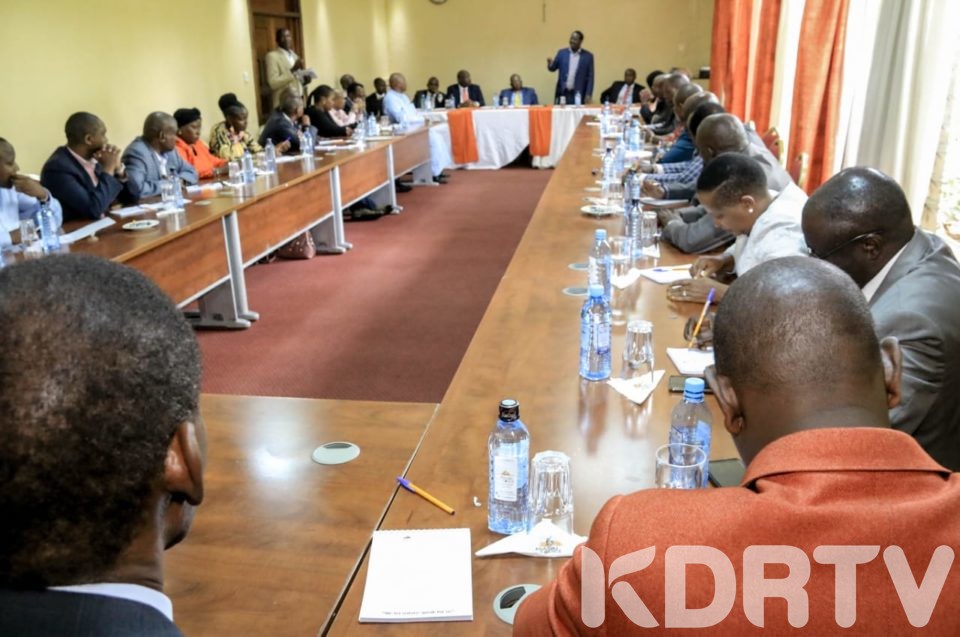 While the Deputy President William Ruto and his allies are broiled in the Echesa-Harambee Annex alleged scandal, the President and Raila Odinga are rallying their troops to back the BBI Initiative which they claim is the best hope and bet for Kenya. 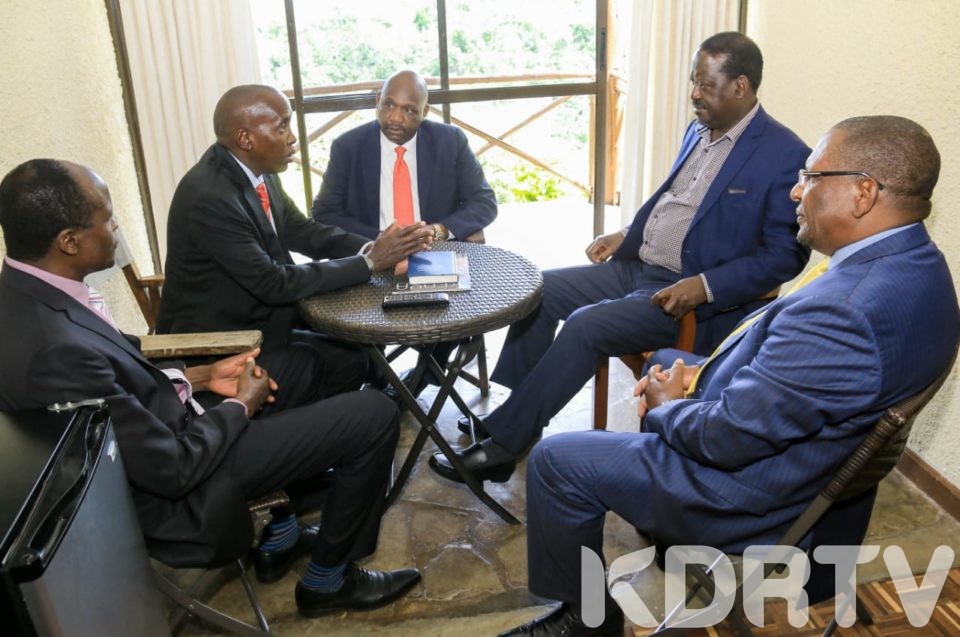 Governor Ole Lenku and Ole Ntutu were joined by the Cabinet Secretary for Environment and Natural Resources, Mr. Keriako Tobiko who welcomed the Former Prime Minister Raila Odinga to Kajiado County offices for a series of closed door meeting as they planned for the BBI meetings which are slated to be held in both counties after the Meru meeting which will be held on February 27, 2020. 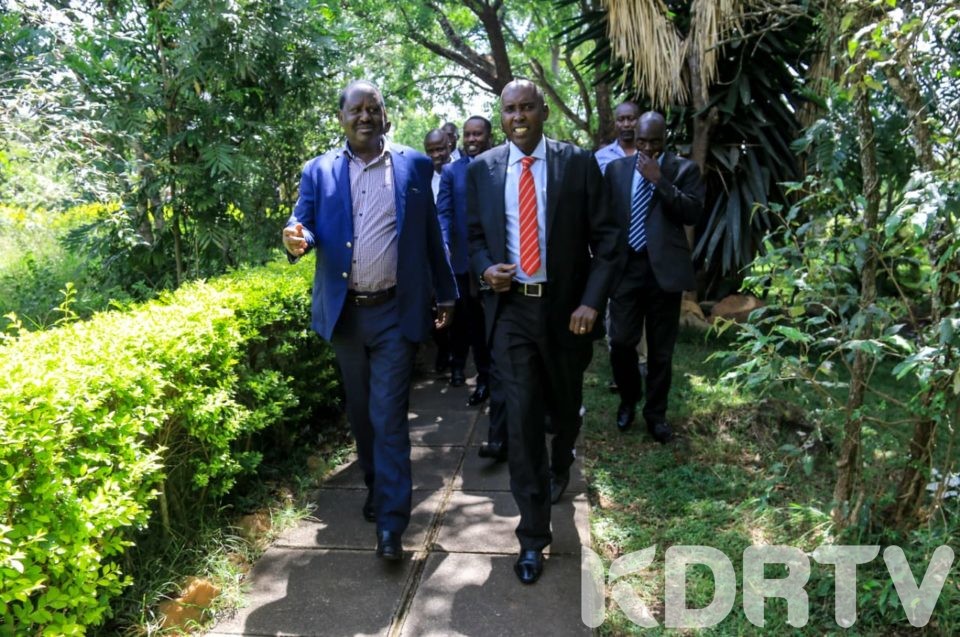 Raila ushered to Kajiado in style

All Narok legislators led by the no nonsense senator Ole Kina are proponents for the BBI initiatives claiming that the initiative is a baby they want to carry, give birth to and take care till maturity because it addresses the marginalized small communities like the Maasai and Samburu.

The Former Prime Minister is also expected to hold a consultative meeting with Governors and leaders from Meru and Tharaka Nithi counties in a few days’ time to embolden the support base for the BBI initiative.