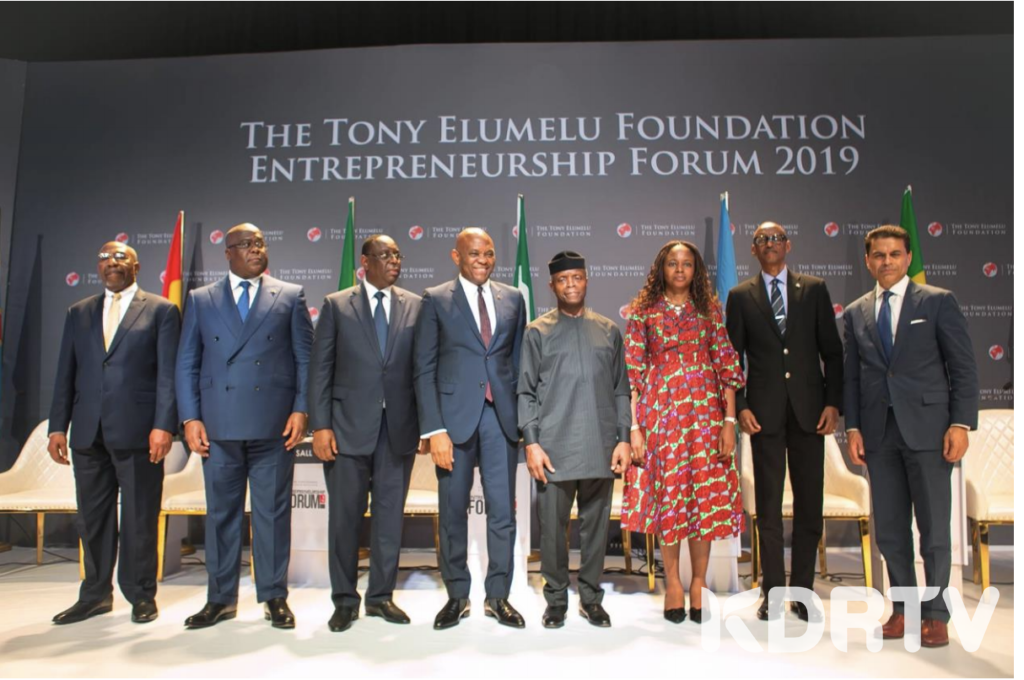 The Tony Elumelu Foundation, which has been at the forefront of advocating for entrepreneurship as the catalyst for the economic transformation of Africa, convened the 2-day Forum on the 26th and 27th of July at the Transcorp Hilton Hotel in Abuja, Nigeria. The event convened over 5,000 participants from 54 African countries, including representatives of the 7,521 beneficiaries of the Tony Elumelu Foundation Entrepreneurship Programme. To date 477 Kenyan entrepreneurs have directly benefitted from the seed funding coming from the Tony Elumelu foundation.

More than 60 global speakers from the public and private sectors across 3 continents participated in interactive masterclasses, plenary sessions and debates geared towards generating ideas and defining concrete steps Africa must take to empower its youth and accelerate the continent’s development. Guests interacted directly with young budding entrepreneurs from across the 20 African UBA-present countries who exhibited their innovative products and solutions at the UBA Marketplace, powered by Africa’s global bank, United Bank for Africa (UBA).

Moderated by American journalist and host of CNN’s show, ‘Fareed Zakaria GPS’, the Presidential Debate, which formed the highlight of the two-day event, focused on charting the way forward towards the eradication of poverty in Africa through job creation. The leaders on the

At the Forum, Tony O. Elumelu, (CON), Founder of the Tony Elumelu reiterated the urgency in creating jobs on the continent to catalyse Africa’s development.

He said: “Extremism is a product of poverty and joblessness. Poverty anywhere is a threat to everyone everywhere,” he said. “If our leaders understand the reason and rationale for our youths to succeed, they will do everything they can to support them.”

Mr. Elumelu also reiterated the role of technology as a key enabler in accelerating development, citing TEFConnect, the digital networking platform for African entrepreneurs launched by the Tony Elumelu Foundation in 2018. With over 500,000 registered users, the hub provides a platform for entrepreneurs to network and forge business partnerships regardless of their location.

Giving the keynote speech, Vice President of Nigeria, H.E. (Prof.) Yemi Osinbajo commented on the impact of the Tony Elumelu Foundation: “By birthing this particular intervention, Tony Elumelu has compelled us to

focus on what really matters, our youth and their dreams. The message to Africa’s emerging business giants is a clear one: How and what can you contribute, like Tony Elumelu, to empowering the next generation, helping them to realize their own dreams?”

The forum ended with a tour of the UBA Marketplace, where entrepreneurs across the continent exhibited their products, as a pitching competition saw the winner walk away with a USD 5,000 grant from the United Bank for Africa (UBA).

l-r: Secretary for Youth Affairs in the Office of the Deputy President of the Republic of Kenya, Mr Anthony Kibagendi, and Founder, The Tony Elumelu Foundation, Mr. Tony Elumelu CON