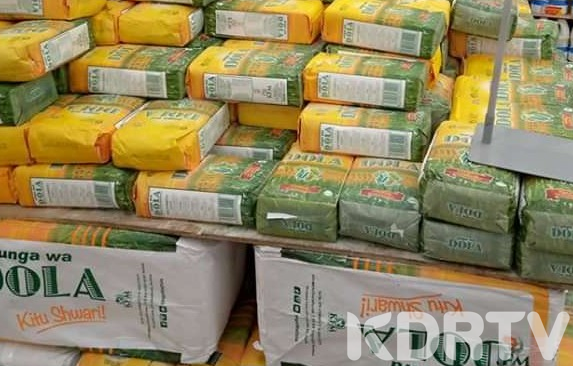 This ensued after the Kenya Bureau of Standards (KEBS) asked all supermarkets to halt the supply of Dola, Kifaru, Jembe, Starehe, and 210 brands of maize flour products on the basis that the flour carries higher levels of aflatoxin which is beyond the maximum limit.

While a section of Kenyans concluded that banning the toxic substance from the market is the right move, others believe that this was a choreographed move to hike the flour prices

Read also: Agriculture CS Mwangi Kiunjuri on the Spot for being used by Cartels to force Importation of Maize

Other Kenyans also think that the move by the government is to sabotage businesses for other government-friendly companies to thrive.

On the same note, Kenyans are asking where was KEBS when the flours were being introduced into the market.

Meanwhile, KEBS has instructed the maize meal companies to stop further manufacturing of the flour until they adhere to the corrective measures provided by KEBS.