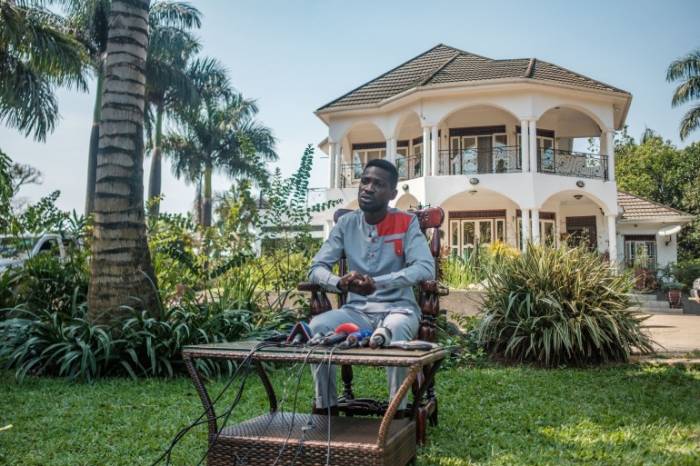 Bobi Wine is one of Uganda’s top artists, as well as a seasoned politician and a spectacular businessman.

According to Forbes, Bobi Wine is the wealthiest singer in East Africa, driving high-end cars and living in a castle fit for a king.

Bobi Wine’s home is situated on a 10-acre plot of ground in Magere’s suburbs, off Gayaza Road in North Kampala.

In 2007, Bobi Wine organized a massive housewarming celebration to commemorate his new success, which had been under construction for nearly four years. 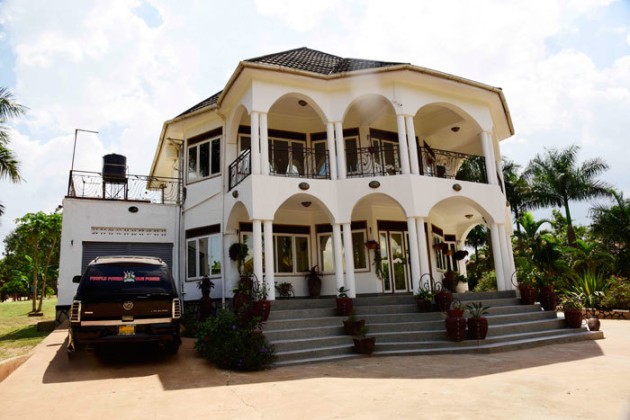 Bobi Wine’s mansion was reported to be worth roughly UGX 400 million at the time of purchase. The property’s worth has increased significantly during the last ten years or so.

Bobi Wine’s 6-bedroom home includes a minibar and a recording studio, among other amenities. Other notable elements of Bobi Wine’s home include the following.

Bobi Wine and his wife appear to have a flair for grandeur and elegance. Their house’s façade is painted in all pristine white colors, giving it a fresh and clean aesthetic appearance. 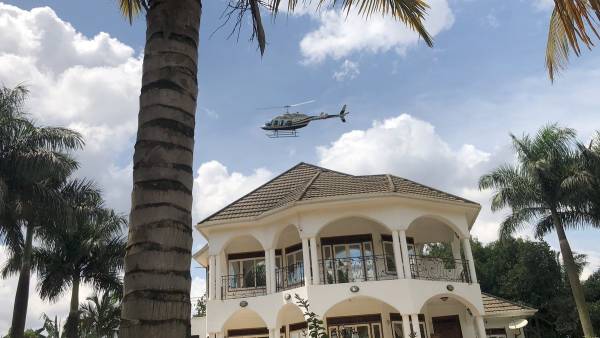 The mansion is surrounded by massive white pillars and features multiple arch-shaped balconies, giving it a palace feel.

The house also boasts a large fully tiled driveway that is flanked on both sides by massive Palm trees. It also has a large compound where the family enjoys spending time together. The lawn grass is entirely carpeted, and there are several flowers and trees throughout the compound.

Bobi Wine’s home is likewise fully furnished on the inside. The main living room has modern black leather couches, white tiled floors, and lots of family photos, elegant artwork, and bookshelves on the walls.

Subscribe to watch latests videos
In this article:Bobi Wine