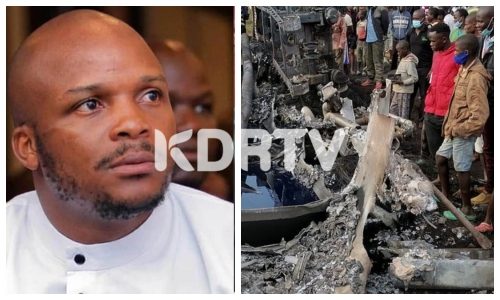 Following a horrid accident along Kisumu -Busia highway that saw 13 killed on the spot and dozens of other injured, radio host Jalangó couldn’t help but shed a tear for his village men.

During his show on Kiss 100 FM, the comedian alongside his co-host Kamene Goro, revealed that a somber mood has engulfed his village in Gem where dozens were killed while trying to siphon fuel from a crashed petrol tanker.

Jalas said that people are not even sure how many died in the accident and are now forced to go door to door doing headcounts.

“They are saying 13 people dead but now they are doing headcounts from village to village,” he said on the show before breaking down to tears. 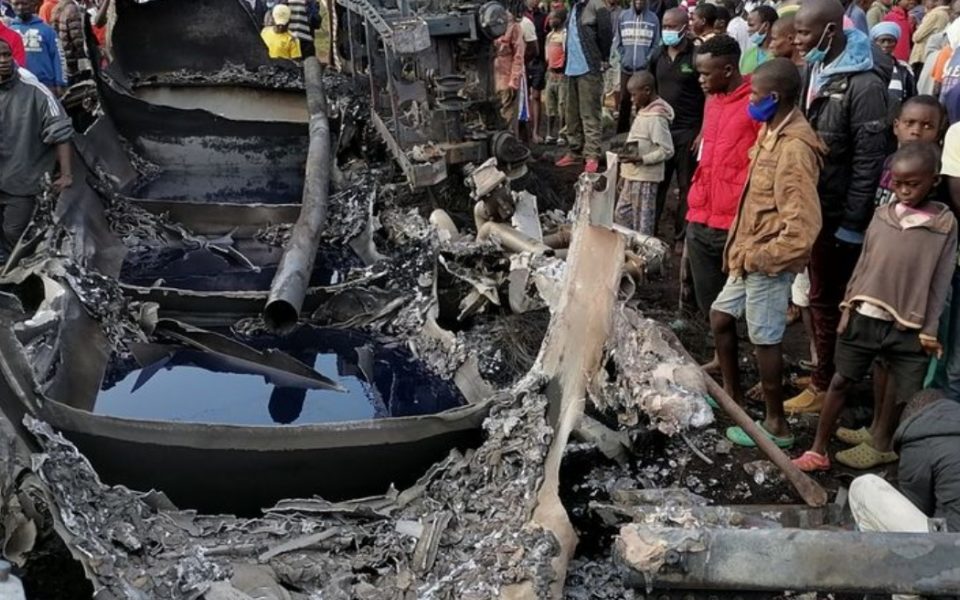 The truck caught fire and exploded after one person opened a compartment to allow them to siphon fuel faster before the arrival of police, according to Gem OCPD Mosera Chacha.

“Members of the public took advantage and went to siphon petrol as one compartment of the tanker was open. Another resident realizing the other compartment was closed and delaying them, opened it to enable them to siphon very fast before the police could arrive and in the process, it caused a spark and blew up,” said Chacha.

Area residents rushed to the scene and started drawing off fuel before the tanker exploded a few minutes later.

At least 30 people, including kids, sustained burns following the accident and were rushed to Yala sub-county hospital for emergency treatment and later referred to Siaya County Referral Hospital.