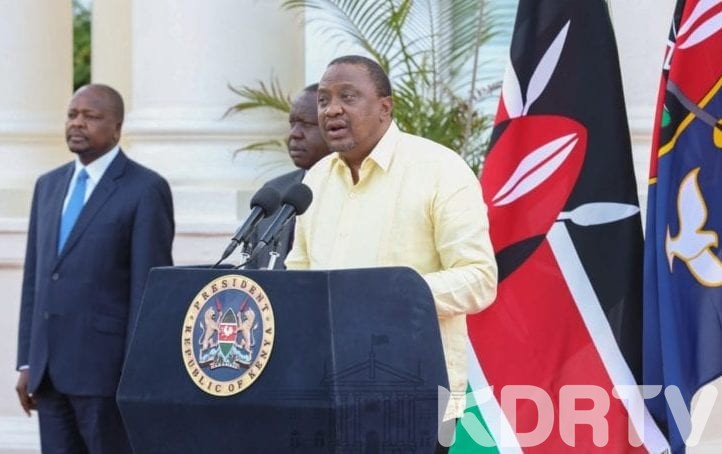 The president announced that Kenyans with valid reasons such as those going to see the doctor should be allowed to freely travel in and out of Nairobi.

Read also: Kenyan Health Workers To Be Tested For COVID-19

Thus, President Uhuru Kenyatta has commended government authorities to ensure that no Kenyan is oppressed during the 21-day period of cessation of movement  in and out of the Nairobi Metropolitan area, Mombasa, Kilifi, and Kwale counties

“The measures we have put in place are not meant to punish anyone, but to prevent spread of this virus. Anyone with a very valid reason I have told government officers including the police not to oppress anyone. If for example it’s someone from Nyeri who has been coming for clinic at the Kenyatta National Hospital or anywhere else in Nairobi, don’t stop them from proceeding with the journey,” said Kenyatta.

“Actually such a person should be helped to come to Nairobi, see the doctor, and then they be facilitated to return back home,” he added

However, KDRTV understands that the approach stirred mixed reactions among Kenyans with a section supporting the move by the government.

But again, as action raised concerned that the move could raise problems to people seeking medical services in Nairobi area