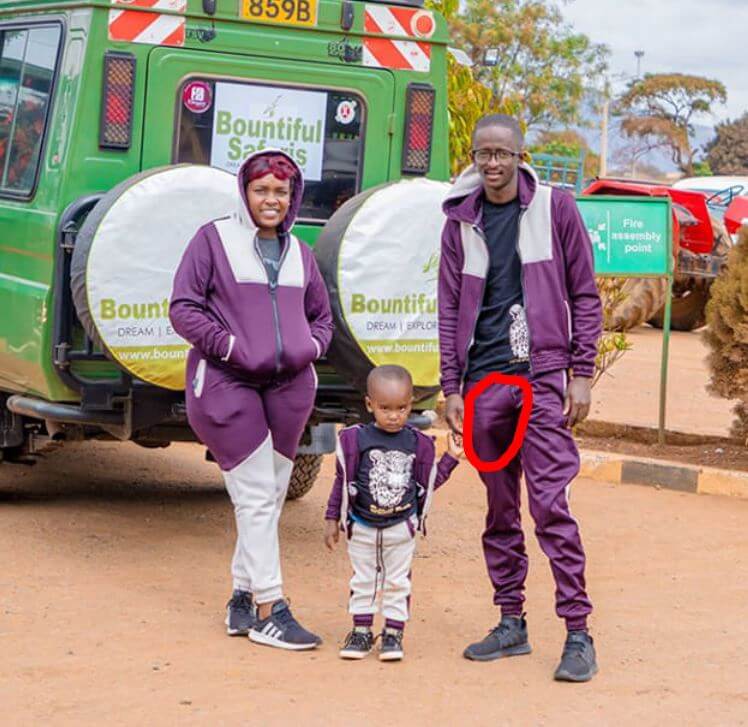 (KDRTV) – Popular comedian Timothy Kimani, popularly known as Njugush has been forced to pull down a photo after keen female observers went wild in the comment section. The photo was taken during his recent trip to Tsavo National Park that was sponsored by their business partners, Bountiful Safaris.

In the photo, Njugush is posing with his beautiful wife Celestine Ndinda, popularly known as ‘Wakavinye’ and their son Tugi. What attracted the attention is the thing protruding near his right trouser pocket. Many believe it is his manhood but that is debatable. It could be something that he had put in his pocket, maybe, a phone. But ladies could hear none of that.

The first hilarious comment that was left on the photo forced the comedian to pull it down because of the hundreds of reactions it received.

Rahab Mwangi wrote, “No wonder you call yourself blessed Njugush.”

Ann Mbari commented, “Who else is seeing what I’m seeing?”

READ ALSO; Never Joke With God; This Is What Is Happening To Pastor Ng’ang’a Of Neno Evangelism

Check out the photo in question below; 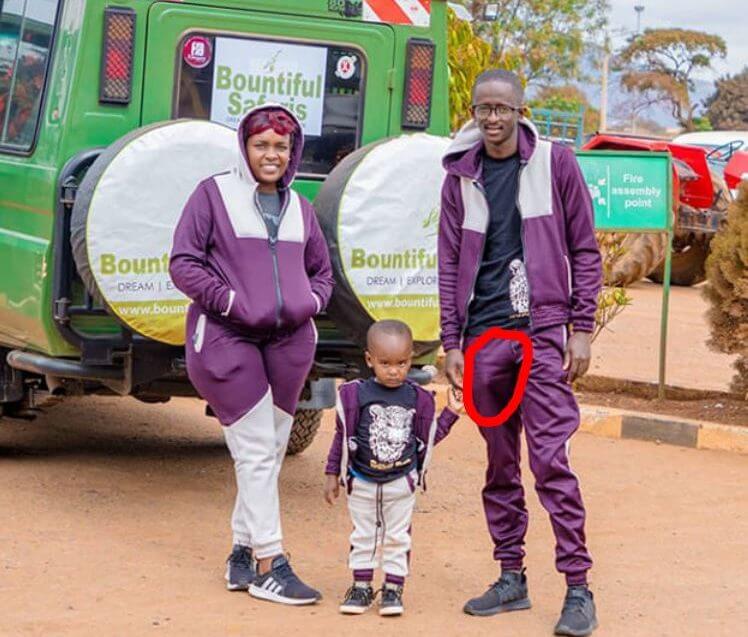 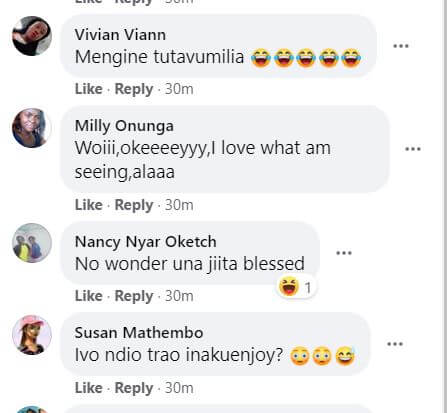 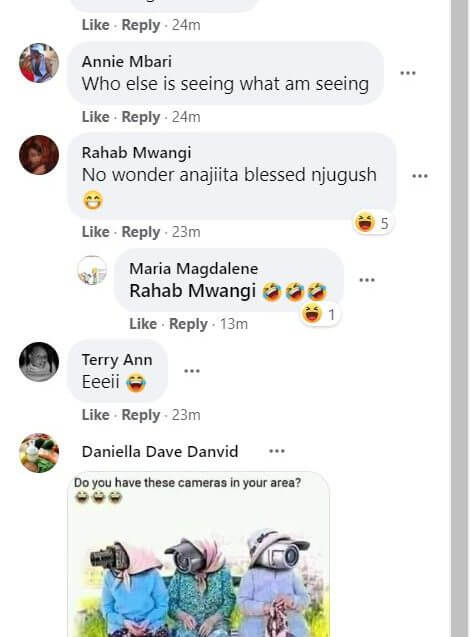 Posting photos and then immediately deleting them is very common among Kenyan celebrities. Kenyans are always very keen to identify a fault in any photo. Some have gone as far as body shaming people because of their height, weight, or even shape. Recently singer Akothee was also forced to delete a photo she had posted after netizens noticed that the pair of trousers she was wearing was torn at the bottom.