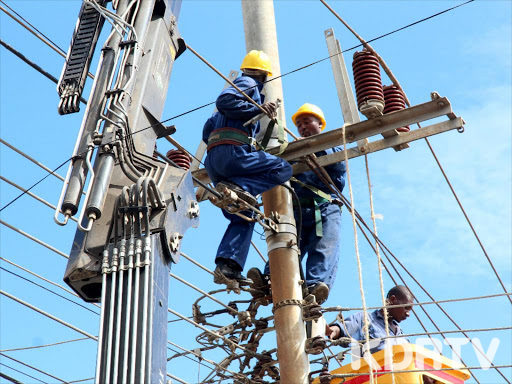 Two people have been sentenced to 25 years each for vandalism of Kenya power transformers by a Mumias court with no option for fine.

The two were sentenced on Tuesday after being found guilty of stealing and vandalizing the Kenya Power Property.

Yusuf Khayongo and Razak Washiali were arrested and tried for a period before the final verdict was reached yesterday.

According to the statement by the Kenya Power manager Geoffrey Kigen, the two had been caught in the act within Kakamega County and had been on trial ever since.

The manager found the verdict commendable adding that it would serve as a lesson to many who were notorious of the acts.

Kenya power had initially complained of vandalism and theft of the transformers as a reason for lack of power access in certain areas of the country especially the rural.

They mentioned that the transformers and the poles would often get stolen and thereafter resold at cheaper prices and market.

This sentencing comes months after two other vandals were sentenced to 11 and 18 years respectively.

The war on vandalism has been huge as it has lead to great losses at the organization in terms of property and costs.

The manager in a statement to warn other vandals, said that the war was not yet finished and they would make an attempt such that every stolen items are recovered and the perpetrators put behind bars.

“We will not step down on the war against vandalism, illegal power connections and people who pose dangers to power consumers,” Said the manager.