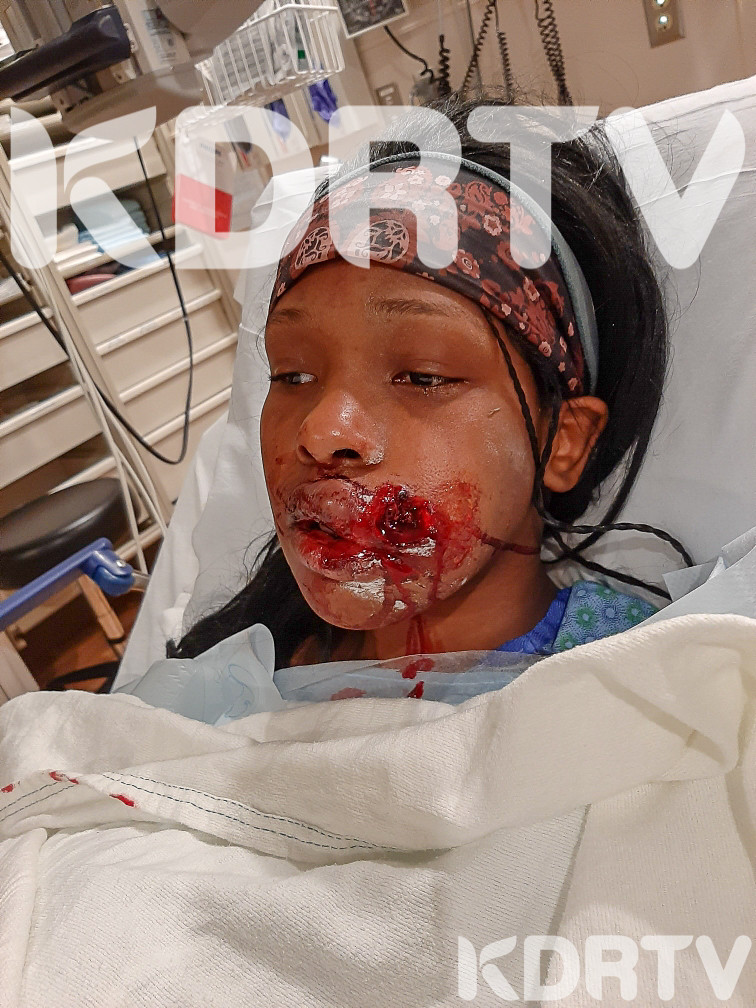 Police allegedly aimed their weapons at the peaceful demonstrators and one bullet pierced and chiseled through the left side jaw of 17-years-old Sharon Morara who was among the protesters on the streets demanding justice for the slain Mr. George Floyd.

The Teenage girl who’s a naturalized American citizen of Kenyan roots is an 11th grader at Hopkins High School in Minnesota.

After being shot and wounded, Sharon’s friends and parents attempted to have her attended to in the nearest Hennepin County Medical Center but they could not pass through the sea of humanity that had barricaded the roads to the medical facility.

The parents then made a quick decision and navigated their way to Park Nicollet Hospital in St. Louis Park, MN, but medical personnel there didn’t offer  the patient much needed treatment to the victim who was profusely bleeding and unconscious.

Strangely, the medical personnel at the hospital claimed that they were not offering treatment to anyone allegedly because of the Covid-19 restrictions and that the Children’s Department was reserved for Covid-19 Patients. 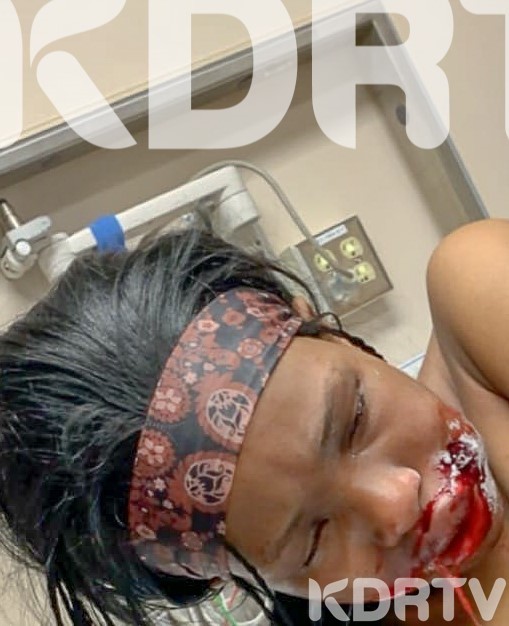 The parents were advised to take their child to the nearest Children Hospital and an Ambulance was arranged which took her to the Hospital where she was attended to and discharged the following day.

The girl’s mother, Rose Oboga told KDRTV in Hopkins City, MN, that on the day her daughter was shot, Moraa had left home with her dad to join other peaceful demonstrators.

She joined her friends in the procession and on arriving near Target store, which is near police headquarters in Minneapolis, they came face to face with heavily armed, mean-looking and menacing police officers.

“I heard a sharp object pierce through my jaw and before I knew what it was, I lost consciousness and came down tumbling,” said Moraa who spoke with difficulty.

Moraa said that as she lay writhing in pain, she could hear voices of people in panic and her whole mouth was in excruciating pain that she couldn’t quite see what had hit her and why.

Although the bullet that hit her miraculously missed the teeth, a large portion of her left lips were ripped off leaving a gaping wound.

Americans and Kenyans living in the US have condemned the police shooting and demanded that authorities launch investigations with a view to prefer criminal charges on the culprits.

Millions of Americans are on the streets protesting police brutality targeting black men. Those who saw a video clip of the injured girl demanded expeditious police action against those who shot Moraa.

Moraa’s parents originally came from Bobasi constituency in Kisii County. They are law abiding and hard working citizens, whose children, including Moraa, are said to be very obedient and take their studies seriously.

Moraa’s mother is appealing to well-wishers to help in fundraising to enable her daughter undergo reconstructive surgery soonest possible.

The killing in cold blood of Mr. George  Floyd has evoked memories of lynching of Black Americans, which was mostly prevalent in the South.

The lynchings targeted any Black caught up in the wrong place (segregated zones) and involved hanging men, women and children from trees.

In the most grotesque scenes that characterized the savage killings, the victims were rounded up and ropes with nooses put around their necks. They were then hanged from tree branches until they died.

The Floyd lynching has led to many Americans pulling out grotesque pictures taken during the lynching era in which some of the victims were subjected to the worst forms of killings.

One of the worst cases was of a case of a 17-years-old Jesse Washington, from Texas who was lynched in 1916 in the most barbaric manner after he was accused of killing a wife of a farmer he worked for.

He was quickly prosecuted in court and the verdict was he was guilty. The victim was grabbed by a mob from the court and lynched by being subjected to slow pain of being roasted like a chicken.

A BBC reporter narrated in a documentary on lynching in America, that the victim was castrated before being subjected to brutality beyond anyone’s imagination.

His injured body was hung between the tree branches and the furnace burning from down below. His efforts to flee himself by scaling upwards were thwarted as his fingers were cut, one after the other until he had no way of fleeing from the fire.

Moraa has set up a GoFundMe account to raise money for her surgery.