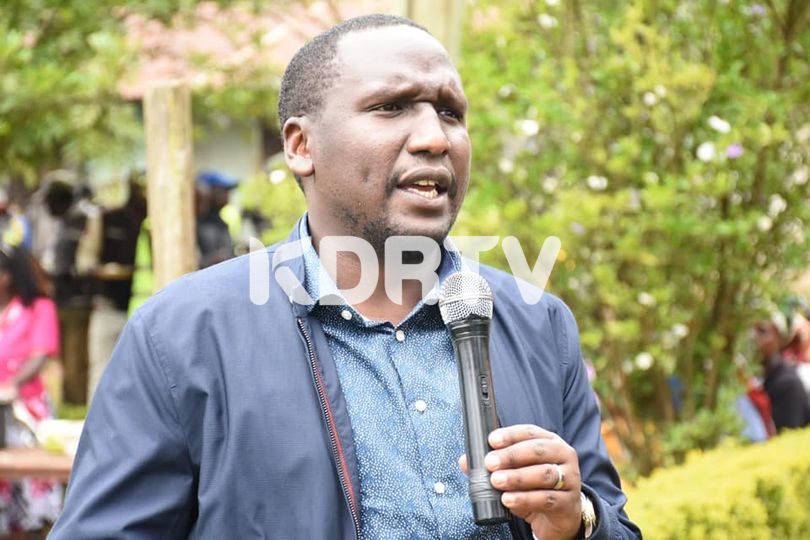 Kericho Senator Aaron Cheruiyot believes Elgeyo Marakwet senator Kipchumba Murkomen isn’t as rich as he was when the year 2021 started.

Cheruiyot left his fellow lawmakers in stitches on Wednesday, July 14, after jokingly claiming that Murkomen is broke and wastes a majority of his time on social media making money for other people.

“Many Kenyans do not know that even if you make a simple tweet…my friend Murkomen here is good at that…he doesn’t know that as he tweets for fun, he is generating business for other people elsewhere, and he never gets paid for it,” he said.

We did set up the Cyber Security Unit in that Bill but given the challenges of this Republic, knowing that our economy is not doing so well, we need to think of how we can generate revenue for that unit through imposition of taxes on many of these platforms – @Aaroncheruiyot pic.twitter.com/7fiYkwoWzD

The lawmaker was urging the government to tax social media platforms when he dropped the unexpected jibe.

“Mr Speaker, I did not want to add that because he is my friend…I know that he is currently very broke…yet he is making millions for other people elsewhere,” added Cheruiyot.

“That’s why we are talking about bottom-up economics because we need to teach hustlers like him how to make money.”

READ ALSO: Don’t Take Me To Any Police Station, Police Will Kill Me- Caroline Kangogo Speaks From Her Hide Out

Murkomen might not be broke but he sure lost a lot of money in form of salary after being ousted as majority leader on May 11, 2021.

In the process, he lost about Ksh 400, 000 in salary and allowances that come with the position.