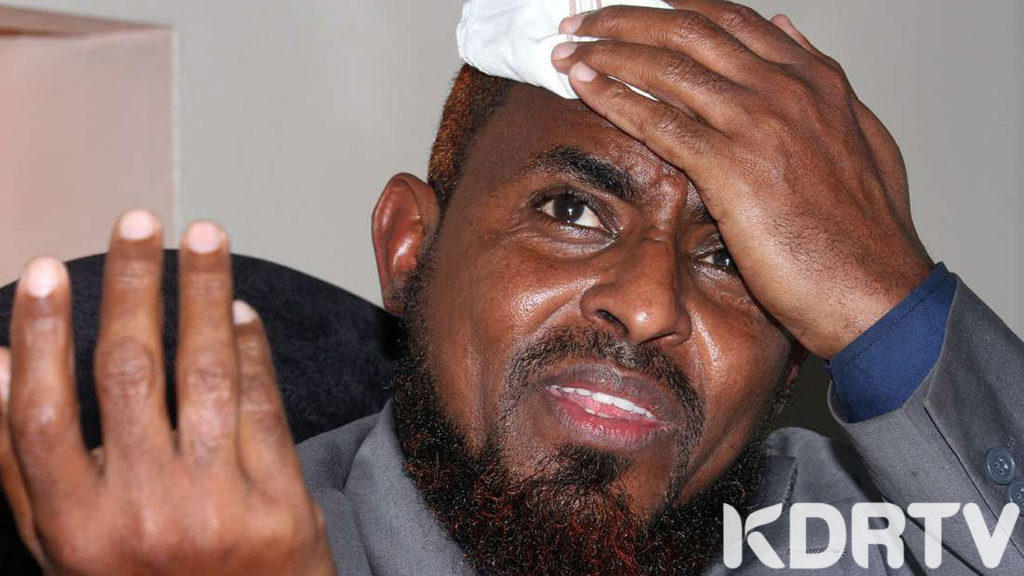 While being interviewed by the KDRTV News, he reiterated his commitment to see a better Kenya but challenged the Government to be in the forefront in the fight against corruption and to reduce the high appetite for foreign loans which he believes are not going to benefit the common man due to cartels he claimed are running procurement procedures.

On Huduma number, he has challenged the Government to openly tell Kenyans the reasons why they want all Kenyans to register their details while already their details are captured in their National identity cards and Passports.

“What’s in a number and what magic will it do to change Kenyans livelihood which available documents already with Kenyans can’t do” he asked.

“You don’t need to be a rocket scientist to understand basic government services as currently being offered in the current situation” he went on. He claims that it’s a white lie for the government to tell Kenyans that with that number better services will be offered if all Kenyans have that number.

Mr. Dida also challenged Kenyans living in the Diaspora not to shun Kenyan political situation but to actively participate and help to fight and root off  corruption because most of them have been exposed to better governance structures and services in the Countries they are living in.

He also urged them to invest in Kenya and in their rural homes in order to create jobs and open opportunities in those areas perceived as remote. Mr. Dida’s dream is to see a developed Kenya with the participation of all Kenyans both in Diaspora and back at home.

Mr. Dida is the USA for a hiatus and on business but has requested Kenyans living in the Diaspora to sit down with him and churn out best possible ways to develop Kenya. Currently he is in Minneapolis, Minnesota.