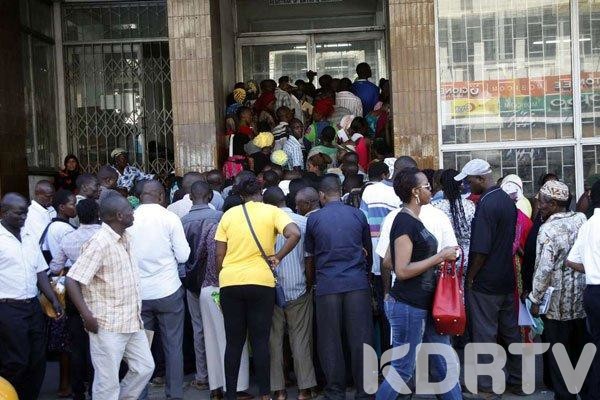 Government officials at the ACK Bishop house have been put on the spot regarding the printing and issuance of birth certificates.

The complaints by the different parents on social media has led to an uproar that ended up unmasking the corrupt deals that depend on the depth of the pocket for clearance.

According to one parent, her child’s birth certificate has taken over one year since application and the officials dealing with it have turned rude and abusive if asked.

“I applied for my daughter’s birth certificate in June last year and till now it has not been released. The officials want me to bribe them failure of which they answer me rudely and disrespectfully,” said Mueni a parent.

Sadly, this has become the sad state of affairs in the country currently and accessing government services is some form of fist fight where the money speaks.

According to Mueni, the bribing idea was given to her by a police officer who is supposed to maintain law and order and help her advocate for her rights.

This is not the first case as a father also came forward accusing the officials of delaying his son’s birth certificate forcing him to repeat a class since it was part of the specifications.

According to John, the son wanted to transfer to another school and among the credentials required was the birth certificate.

He therefore applied during the holidays hoping that it would be ready by the time schools resume.

However, he was met with a rude shock as over six months on, still no word.

I have been told to come back on friday

While we wait to be counted, 100s of Kenyans are stranded everyday at ACK Bishops house following up on pending birth certificates for their children months/years after applying through eCitizen portal #Censuskenya2019 @StandardKenya @TheStarKenya

Government services including hospitals and the offices have been changed into individuals’ properties where one has to correspond to their abhorrent rules failure of which one is denied the services or even rudely attacked.

The residents called upon the government to intervene and take charge of the matter as there was no other solution for it.

The institution has not given an official statement regarding the matter, although the accusations have been affirmed and confirmed by more than five people