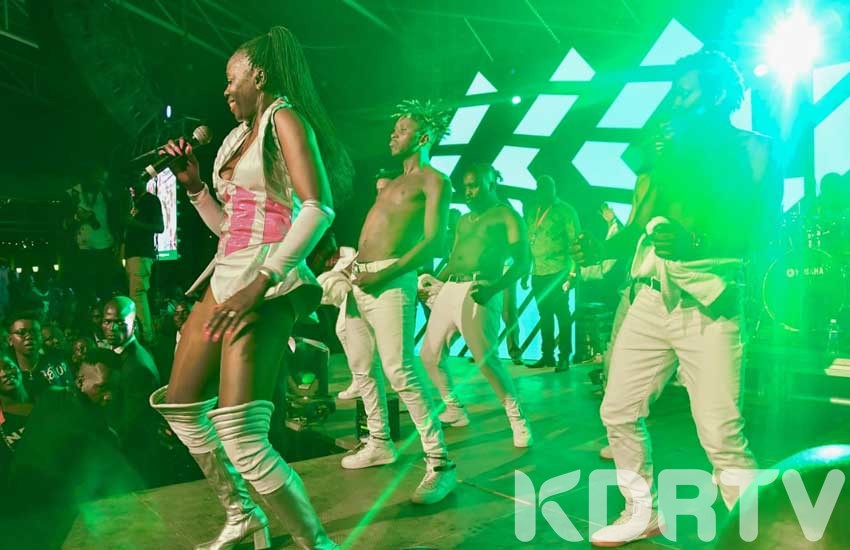 Akothee on stage at Luo Night Festival in Kisumu

The outspoken and award-winning Kenyan singer Akothee on Sartuday night collapsed on stage while performing at a prestigious Luo night in Kisumu.

Akothee was last week admitted in the hospital for 5 days and the doctor revealed that the Oyoyo hitmaker was fatigued, and was unable to successfully finish her performance.

The energetic singer gave a splendid performance and passed out at around 1 am before she finished her performance.

According to her manager Nelly Oaks, she is resting it was the continuous fatigue since she just checked out of the hospital last week on the same.”

In the viral video that has made rounds on social media, the mother of five seemingly looked lively as normal while performing on the stage.

Suddenly the vocal singer feels back in the arms of her backup dancers.