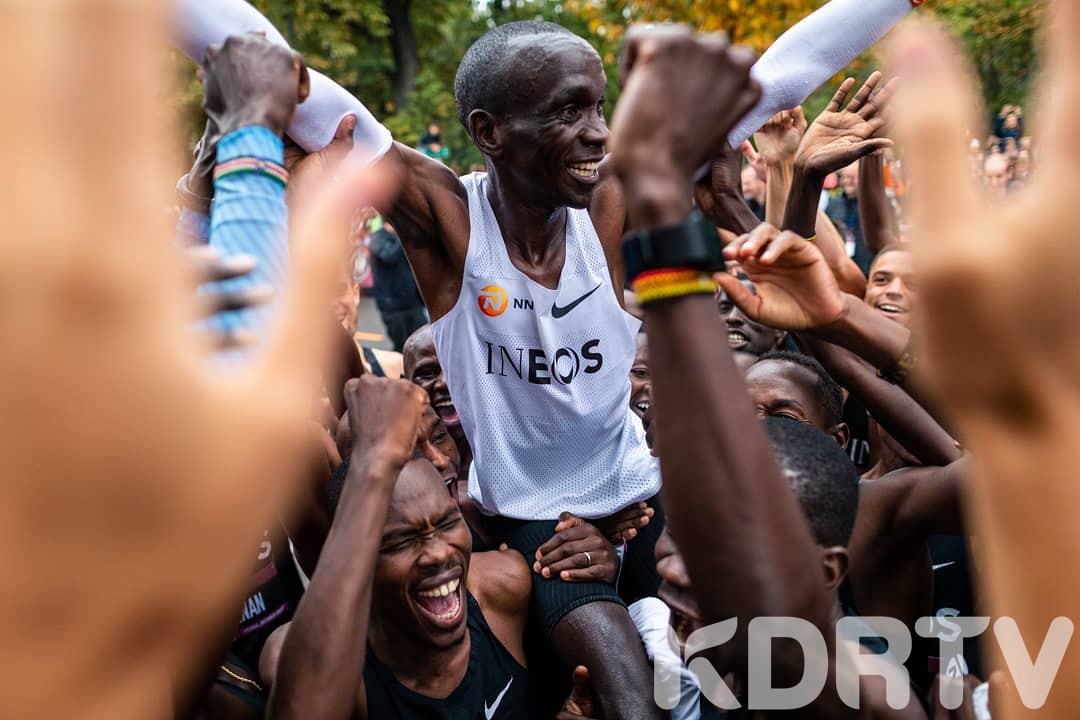 Self-proclaimed NRM General Miguna Miguna is in an online storm with netizens after blasting Kenyans for over-celebrating Marathon Great Eliud Kipchoge. According to the Canadian based lawyer, Kenyans were behaving like hunters and gatherers.

Taking to social media, the former Nairobi gubernatorial aspirant said that whereas the world is celebrating NOBEL PEACE Prize winners and other achievements of the human brain in 2019, Kenyans are ululating over runners.

“In 2019, as the world celebrates NOBEL PRIZE winners in Physics, Economics, Medicine, Literature, Peace and other ACHIEVEMENTS of the HUMAN BRAIN, CREATIVITY and INDUSTRY, Kenyans are ululating over RUNNERS.” reads part of a post on Miguna’s Twitter Handle.

In 2019, as the world celebrates NOBEL PRIZE winners in Physics, Economics, Medicine, Literature, Peace and other ACHIEVEMENTS of the HUMAN BRAIN, CREATIVITY and INDUSTRY, Kenyans are ululating over RUNNERS. Hunters and gatherers are obsolete. Wars are no longer won by runners.

On Saturday, Kipchoge became the first human being to run the Marathon under 2 hours in a highly publicized race dubbed the INEOS 1:59 Challenge. He has received international recognition for the landmark achievement.

Former US President Barrack Obama is among those who congratulated him. It is, therefore, baffling that Miguna would be the only person to see this differently.

This is what Kenyans are saying:

On this, I'll have to disagree with you Daktari. We can't all be scientists et al., but we can celebrate our achievements esp. if they inspire us as a nation to come together and be better.

How about you win a NOBEL PRIZE in Physics, Economics, Medicine, Literature, Peace or any other ACHIEVEMENT of the HUMAN BRAIN, CREATIVITY and INDUSTRY so you can give us something 'worth' ululating over?

If running means nothing. What was going on here pic.twitter.com/qcCdPoAA1j

This is another reason why you should be barred from entering Kenya. Keep tweeting while we are rejoicing here. Kenya remains home of champions and world record breakers. For you Nairobi county governor's seat unaonea Viusasa-stay online.

The angry feedback forced Miguna to clarify his statement.

“I did not even suggest that Kenyans should stop running or celebrating runners. Those who cannot comprehend should not blame me for their limitations.”