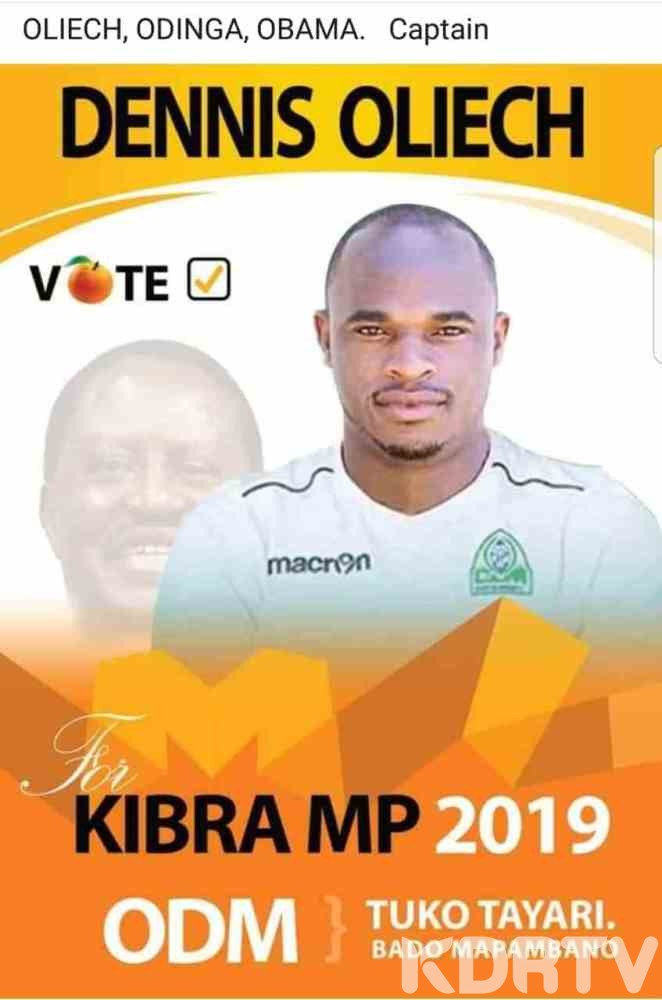 Former Harambee Stars Striker Dennis Oliech has refuted any claims regarding his contract termination with Gor Mahia FC stating that he did not recognize it.

“In pursuance of the provisions of Clause 6 of your Player Agreement Contract entered into with Gor Mahia Football Club we hereby write to advise you that we have terminated your contract with immediate effect on grounds of Just Cause as also stipulated in FIFA Article 14 Regulations of the Statues and Transfer of Players,” read the letter addressed to Oliech.

The Kenya premier league champions had signed a two year contract with the striker among other expectations.

However, barely a year later, the player has been allegedly found to be engaged in turfs with the management and went overboard by displaying  acts of misconduct at work.

‘”Recently, Oliech has been displaying unethical behaviors that are against the club’s terms. He has absconded duties in several occasions, missed training and withheld from picking the Chairman’s calls. He has frustrated the team regarding his payments yet he has been unavailable to work and play his part,” said Gor Mahia CEO Omondi Aduda.

Over the past months, the renowned striker and former captain of Harambee Stars had been very vocal about payment and arrears that the team owed him.

In reference to the social media rants, the team owed him his dues and he was unwilling to play until the dues were settled.

A recent letter was circulating on social media indicated that Oliech wanted to vie for a political post which was against the club’s code of conduct.

As much as the management of Gor Mahia claimed it wasn’t the reason that warranted his contract termination, somehow it played a significant role.

Kibra MP Ken Okoth succumbed to Cancer a few weeks ago, and since the IEBC has been out to conduct elections for a replacement.

The ODM Party unveiled its list of candidates, with Dennis Oliech enlisted.

Therefore, either way, his interest in the political seat must have instigated his termination as a player in the club.

Catching up with Oliech earlier today, the striker was unshaken by the letter and refuted any claims of his contract termination.

He explained the reasons for having missed training, adding that his injury could not allow him to be active in the field.

“The stories circulating in the media are untrue and aimed to taint my name. I have an injury and the bandage was removed a fortnight ago. My manager called only twice, and although I failed to pick, he should have texted,” said Oliech.

He went ahead and insisted that he was a Gor Mahia Player legally, and urged the club to be patient with him.