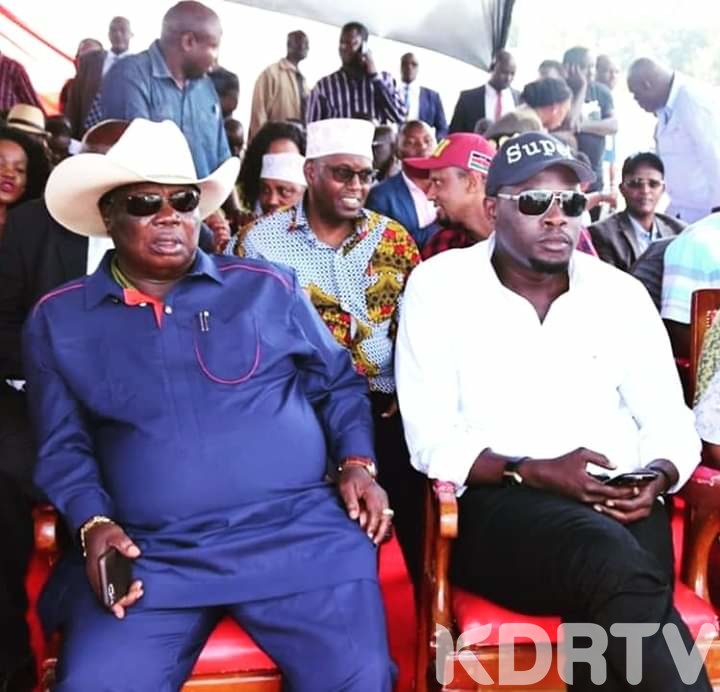 (KDRTV) – COTU Secretary General Francis Atwoli has warned ANC leader Musalia Mudavadi and his Ford Kenya counterpart Moses Wetangula that they are no match for Deputy President William Ruto in the 2022 elections.

Speaking during the BBI forum at Bukhungu Stadium in Kakamega on Saturday, the self proclaimed Luhya elder claimed that Wetangula and Mudavadi cannot compete with Ruto’s stolen millions.

He said the duo have not stolen public funds like the DP and do not have the financial muscle.

The only way for the Luhya nation to be in the next government will be through the BBI recommendations.

“Musalia will have one of the positions proposed by the BBI,” he said.

According to Atwoli, the BBI must recommend for the creation of the post of a powerful Prime Minister with two deputies.

Mudavadi and Wetangula had vowed not to attend the meeting, citing lack of consultations.

But they were among the hundreds of leaders who attended the forum presided over by ODM leader Raila Odinga.

Atwoli revealed that he was the one who had convinced the ANC leader to attend the meeting in his capacity as the Luhya Kingpin.

He said both Mudavadi and Wetangula are his children.

“Mimi nimefurahi, Moses Wetangula na Musalia Mudavadi wako hapa, these are all my products. I started taking them to Maasai Mara to look for Luhya unity. I talked to MM insisting he must be here for an hour and am happy,” he said.

In his speech, Wetangula claimed that they are working together with Mudavadi for the sake of the Luhya community.

But Atwoli challenged them to disband ANC and Ford Kenya and form one party if they are working together.