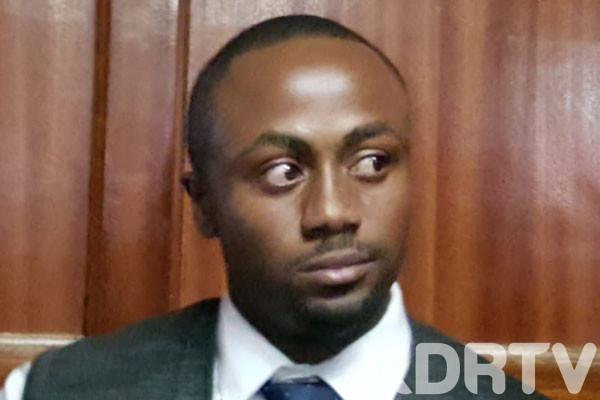 Embakasi East Babu Owino has called on the Judiciary to release murder suspect Joseph ‘Jowie’ Irungu who is rotting at the Kamiti Prisons.

Jowie who is the Prime suspect in the murder of Businesswoman Monica Kimani has been in custody since October 2018. His co-accused and former fiancee Jacque Maribe was released on bail and seems to have gone back to dating her baby daddy, comedian Eric Omondi.

Justice James Wakiaga refused to grant Jowie bail, saying he was a flight risk, had access to weapons and could intimidate witnesses. Maribe was released on a Ksh 1 million cash bail in October last year.

In May this year, Jowie made fresh attempts to be released pending the hearing and determination of the case. He said his family was willing to deposit security and one of his relatives was ready to accommodate him and ensure he attends court.

He also argued that he couldn’t travel outside the country because his passport was in police custody. But the prosecution opposed the application saying Jowie was a threat to witnesses.

Babu Owino has accused the Judiciary of applying the law selectively. Taking to social media, the youthful MP questioned why Migori Governor Okoth Obado and Murder suspect Sarah Cohen are out on bail despite facing murder charges.

Read Also: Chebukati Sends A Strong Warning to ODM Ahead of Kibra Poll

Obado is accused of murdering his pregnant girlfriend Sharon Otieno. Sharon was found in a thicket in Kodera forest, near Oyugis town in September 2018. She had been gang-raped before being stabbed more than eight times.

Sarah is accused of murdering her Billionaire husband Tob Cohen whose mutilated body was found in a septic tank in his compound. He had been missing for more than two months.

Babu Owino says the two are only out because they are rich.

“Is it coz JOWI is poor that’s why he is being frustrated by the Rich judiciary?” He posed.


He asked the judiciary to release Jowie on bail pending the hearing and determination of his case.

Babu who has branded himself as a champion of the needs of the youth said he was just a youth reaching out to another youth.

Monica Kimani’s body was found in her apartment at Lamuria Gardens, Kilimani Area on September 19. Her throat had been slit and her hands tied from behind.