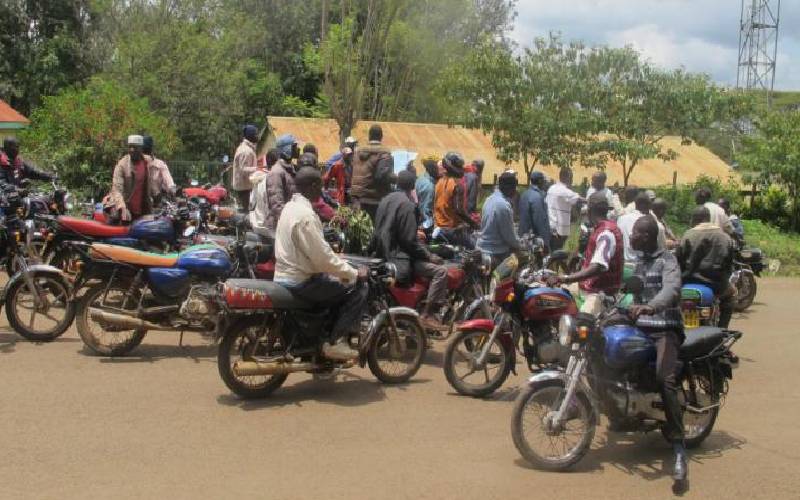 Two boda boda operators have been charged with killing a man through mob justice after suspecting him to be behind a series of criminal activities.

Lazarus Wanjala was lynched to death in November last year after  two riders suspected him to be a part of criminal groups that operated in their village in Kakamega County.

READ ALSO: Tragedy as 60 Die and Many Injured in Tanzania Fuel Tanker Explosion.

Initially before his death, Wanjala had separated from his wife due to domestic violence and he had threatened to burn the house belonging to the wife’s parents down in case she failed to return.

He made the threat live by burning the house and killing all the livestock in the compound something that angered the neighbors.

It was then that the two riders Benson Wasike and Bonface Sifuna picked him up from his hideout and together with a group of people and lynched him to death.

According to the area chief, the body of the deceased was found assaulted with crude weapons and with severe burns.

The body was transferred to Kakamega Referral Hospital and a murder inquest initiated on the same.

The two riders were arrested eight months after the incident as the mob involved had restrained in pointing fingers as well as they had gone into hiding.

The evidence tabled at the court ascertains that the two riders are the organizers of the mob justice, as they planned and provided the crude weapons.

They were taken for a psychiatric test to ascertain their mental status and freed on a bond of Ksh. 500, 000.

The case hearing has been set for November 21 where the two will know their fate.