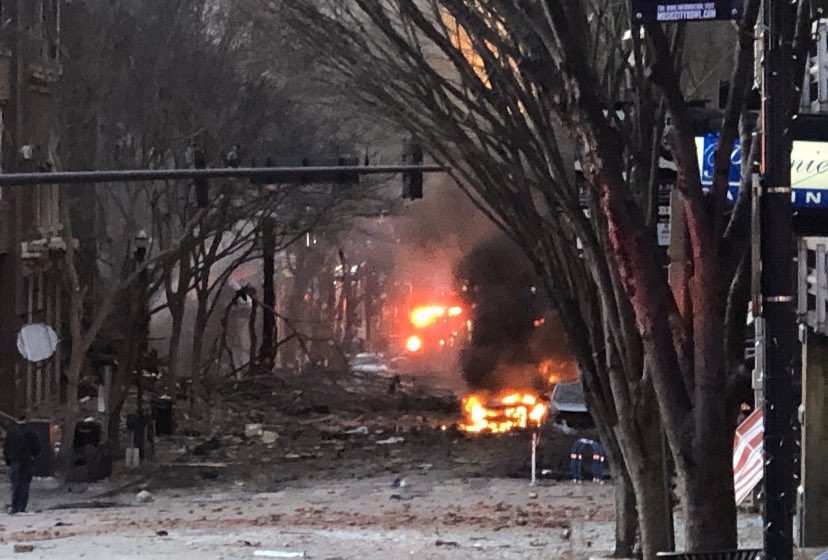 (KDRTV)- A bomb detonated today in Nashville Tennessee rocking the 2nd Avenue and injuring multiple people. The bombing is believed to be intentional and an act of terrorism.

On Christmas Morning, December 25th, an officer responded to 10-71 shots fired in downtown Nashville at around 5:30 AM Central Time, when arriving on the scene the responding unit found an abandoned RV parked close to 166 2nd Avenue.

The vehicle had a recording device playing a tape indicating that a bomb will go off in 15 minutes, the officer immediately notified the bomb squad and proceeded to evacuate the surrounding buildings and households.

The police found no evidence of shots being fired on the location, Buck McCoy communicated to CNN that he indeed heard gunshots approximately 10 minutes before the explosion and that he was already in hypervigilance from the sound of shots fired, looked out the window to investigate but when he saw nothing, he went back to bed. Mr. McCoy is well familiar with firearms and their noise, he owns a gun and goes shooting regularly.

Three people were affected by the explosion on a minor level and were transported to the hospital to receive medical care, all while the search for potential victims in affected damaged buildings continues.

The FBI’s Memphis Field Office is taking over the investigation from local police forces, admitting that the attack came as a complete surprise, no law enforcement agency heard anything related to the incident prior to it’s unfolding, no credible threat or information was intercepted by any government agency for that matter.

Tennessee Gov Bill Lee and US Attorney General Jeff Rosen were briefed shortly after the incident and promised that all resources needed to be allocated properly to determine the cause of this out-of-the-blue detonation in a major US city.

The president has been briefed and will receive continuous updates on the situation from his Palm Beach Holiday Resort. 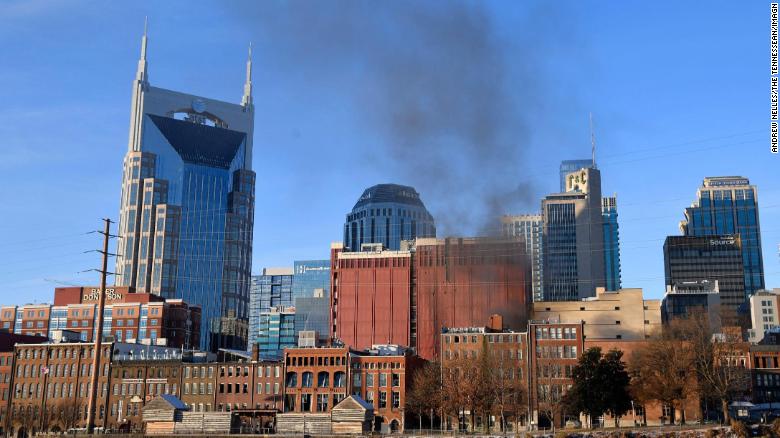 2nd Avenue sustained heavy damage to buildings and infrastructure, almost all buildings have glass damage and exterior fire scars. Mayor John Cooper let out a statement comforting the residents of nearby areas and the city that no person was killed in the explosion and that law enforcement agencies will get to the bottom of this.

Mayor Cooper, a democratic politician, speaking to CNN about the incident ‘Clearly done when no one was going to be around’ and that it’s a fortunate thing.