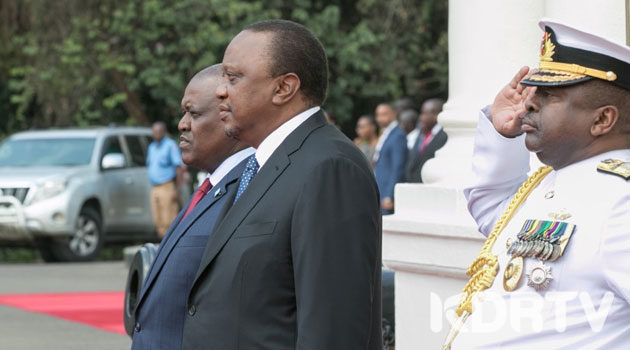 President Erick Masisi of Botswana has assured President Uhuru  his country will support Kenya’s quest for a non-permanent seat in the United Nations Security Council. President Masisi who is on a state visit to Kenya says his country trusts Kenya will deliver in the position. He was speaking at a joint press conference at State House, Nairobi. The two presidents held a four hour meeting on how to strengthen bilateral ties between Botswana and Kenya.

“I want to assure the President and the people of Kenya that Botswana will be voting for you. We trust you with our issues that will be brought before the UN Security Council. When our turn comes, we hope you will also support us,”  Masisi said.

On his part, President Uhuru  promised  Kenya will return the favor when the Southern Africa nation will be seeking the same position.There will be two seats up for grabs for Africa and for Kenya to win it must garner a two-thirds majority.

International campaigns for the powerful UNSC have been ongoing within Africa ahead of elections in September during the 74th session of United Nations General Assembly.Foreign Affairs CS Monica Juma said she was confident Kenya will get support from her peers.

“We are doing well and getting support from our friends. I will be updating the country on the progress made so far next week,” she said.