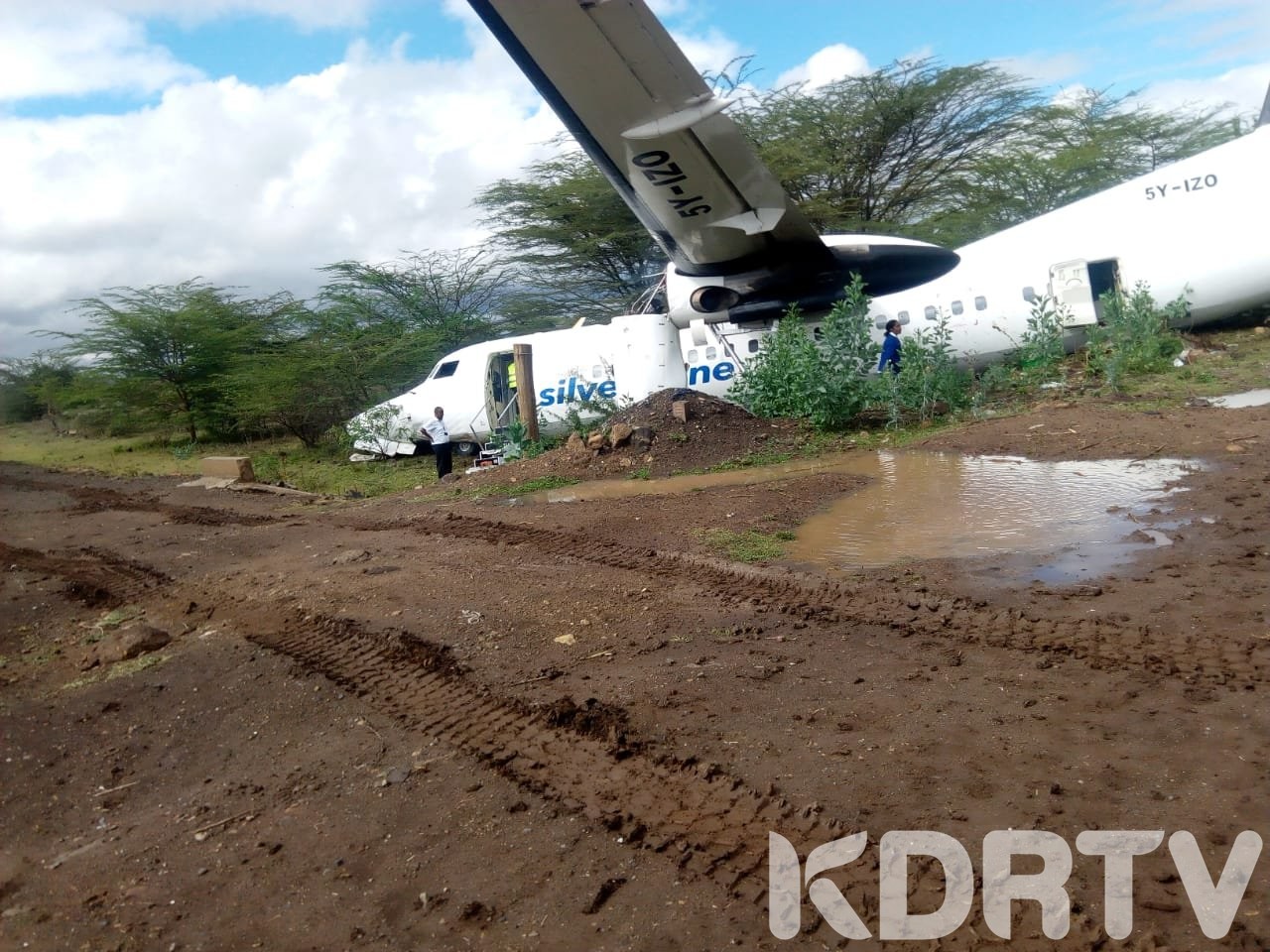 A Silverstone aircraft headed to Lamu has crashed at Wilson’s Airport shortly after take-off. The accident happened a few minutes after 8 AM. The crash happened near Nairobi’s Southern By-pass.

According to a report on NTV, the plane skidded off the runway when taking off.

Several passengers have been injured and have been taken to different hospitals in the city. No casualties have been reported.

Kenya Red Cross confirmed the accident and said the plane developed technical issues after take off. Rescue operations are underway.

The number of passengers on the plane has not been confirmed. Vihiga Women Rep Beatrice Adagala was allegedly on the plane.

UPDATE: The Silverstone plane skid off the runway on take-off at Wilson Airport. pic.twitter.com/M1pgQtyxTI

Reports of plane mishap incident at Wilson Airport: It developed some technical hitch while taking off. More details to follow.@EMS_Kenya and Kenya Red Cross team responding.

Silverstone Air have confirmed the accident and said that all passengers and crew were safely disembarked from the ill-fated plane. They said that they are working with relevant authorities to assess the situation.

‘We can confirm that our Fokker 50, 5Y-IZO has had an issue while taking off at Wilson’s Airport at 09:00 AM this morning. The passengers and crew have all been disembarked and we are working with relevant authorities to assess the situation’ Reads part of a statement they sent to newsrooms.

One of the passengers told a local media house that the crash happened just before take-off. He said the plane full-board and was headed to Lamu via Mombasa. He confirmed that no one has died so far.

NTV Journalist Dennis Okari confirmed to have been at the airport in the morning and alleged that the crash could have been a result of the numerous potholes on the runway.

I was on board @silverstoneair in the morning at 7:15am – Eldoret & met some of the passengers on that flight to Mombasa. The runway was very wet but what struck me was the potholes. Our pilot was literally dodging them as we taxied. We hit two of them hard #WilsonAirport pic.twitter.com/U8WKH8rsg1

Blogger Robert Alai claimed that the small airlines will kill everyone because the Kenya Civil Aviation Authority (KCAA) boss is receiving bribes to allow them to operate.

One thing I said about these aircrafts is that they will kill many people. These small airlines at Wilson Airport are a national security risk. Someone is waiting for people to be killed.