Following the demise of the Kitui West Member of Parliament Francis Nyenze and the seat left vacant, now Edith Nyenze, the widow to the late MP has won the Wiper Party nomination ticket to vie for the Kitui West Parliamentary position that happened yesterday  17th of January.

Edith emerged a winner when he garnered 13,388 votes against her close opponent Maluki Mwendwa’s 2,663 votes. Mrs Nyenze will now campaign to reclaim a seat left vacant after her husband’s death which occurred on December 6, 2017.

Previously reports revealed that the late Nyenze’s wife was offered a direct nomination ticket by Wiper after being endorsed to succeed her late husband by Kitui Governor Charity Ngilu, however, It would appear she had no direct nomination after having to compete against Mwendwa for the same thus making it of which she emerged on top.

Consequently there had to be a nomination to determine the ticket holder when the Wiper party Chief was on crossroads on who to give the ticket between Edith Nyenze and Maluki Mwendwa who according to Kalonzo were fit for the position.

Mrs Nyenze while addressing the people after being declared winner by Francis Kivundi , she thanked the people for trusting her as they did to her husband urging his opponent(Maluki) to support her in her dream of succeeding her husband. “I thank you for the prayers, I thank God for the answered prayers and I pray that you people move with me so that come March 26 we move together. Now that I have won I welcome my competitors so that we serve Kitui West people together “, she said.

Apparently the late Francis Nyenze passed on while receiving treatment for colon cancer, a condition he had battled with for the last 10 years before his death at the Nairobi Hospital.

On August 31, an ailing Nyenze showed up at Parliament with an oxygen tank and mask in bid to take his oath of office to serve the Kitui West people who trusted him despite his health status. He has the member of parliament for Kitui West since 1997.

(KDRTV) – Lawrence Warunge, the 22 year old suspect in the murder of five people in Kiambu early this month, allegedly ate supper and...

(KDRTV) – Murang’a Senator Irungu Kangata would have lost his lucrative house Majority Whip position but for his friends in Tanga Tanga. The Lawmaker... 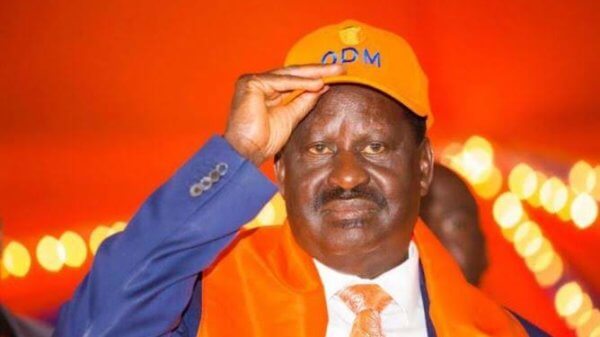