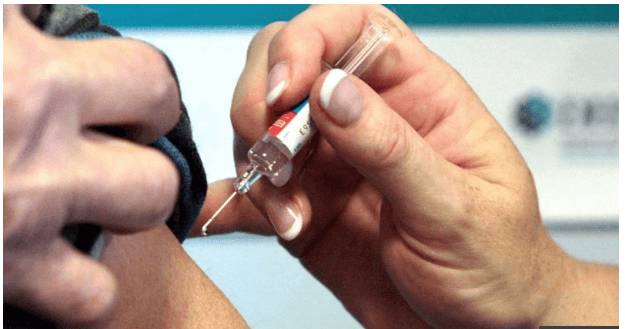 KDRTV News Nairobi-A Kenyan man has died due to alleged complications after the sputnik vaccine injection has raised more fears and questions pertaining to the vaccine which is developed and manufactured in Russia.

Many people on social media are urging the government to make a conclusive investigation on this matter and tell Kenyans if the privately owned and imported vaccine is safe and effective.

Unverified sources have claimed that the healthy gentleman died due to the complications he developed immediately after getting the Sputnik jab.

The deceased drove himself to one of the clinics offering the jab and got vaccinated but after hours he developed breathing difficulties and rushed to the hospital but was pronounced dead and the cause of death is yet to be verified but his close friends and associates claim it’s the jab which has caused his death.

The Government of Kenya is continuing to vaccinate its citizens with AstraZeneca which is developed by Oxford University and its partners. The AstraZeneca vaccine has also come under heavy criticism from many countries because of many reported blood clots which have caused several deaths in several countries, especially in Europe.

The vaccine has not been approved in the USA by the FDA because the trials were not conclusive and were accused of manipulating data and hence they will have to wait a bit longer for them to be approved.

Subscribe to watch latests videos
In this article:Sputnik Vaccine