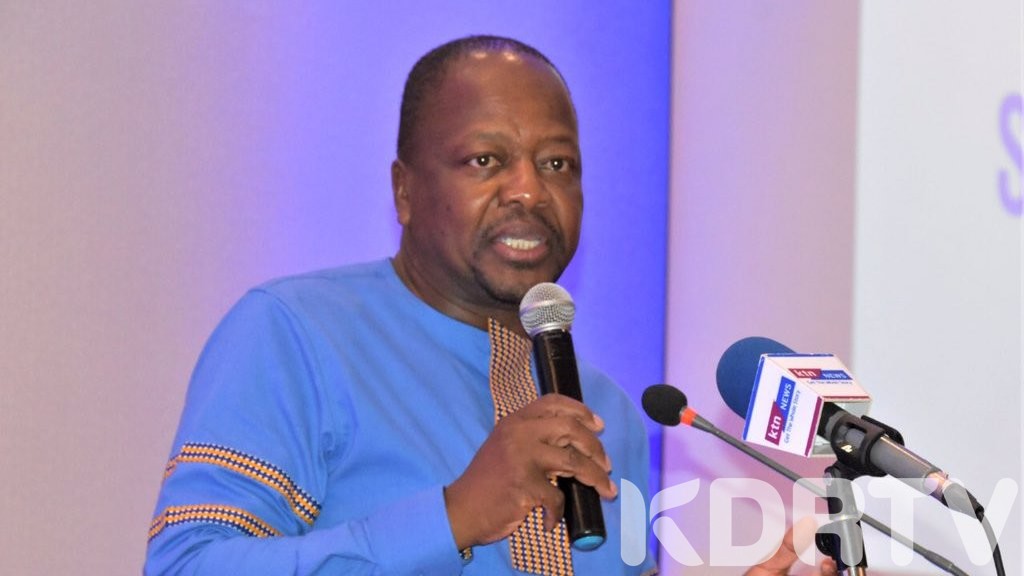 (KDRTV) – Health CS Mutahi Kagwe has suspended all school activities after the first case of Coronavirus was confirmed in Kenya.

Kagwe announced on Friday that a Kenyan woman who had travelled from the US through London on March 5 had been found positive for the dreaded virus by the National Influenza Lab.

“Ministry of Health has confirmed the first coronavirus case in Kenya. The Kenyan citizen returning from the US to Nairobi via London on 5th March. She was confirmed positive by the national influenza lab. However, the patient is stable,” Kagwe said in a Press Conference on Friday.

In the aftermath of the statement, the CS announced that he had invoked the public health act and banned all public rallies. He said learning will go on in schools but all school activities have been suspended. No one will be allowed to visit prisons for the next 30 days.

“All public gatherings meetings, games, events, church crusades have been suspended. Churches can have services as long as they have sanitizer. Schools to remain open but inter-school games are cancelled,” he announced.

This means that the Nakuru BBI rally, which had been scheduled for March 21, has also been suspended. All the consultative forums which had been penned to take place in different parts of the Rift Valley will also not happen.

Kagwe has advised Kenyans to thoroughly wash their hands and avoid people who are coughing.

“Keep 1-meter distance from a person who is sneezing or coughing. A person who is coughing or sneezing should stay at home and avoid crowds,” he added.