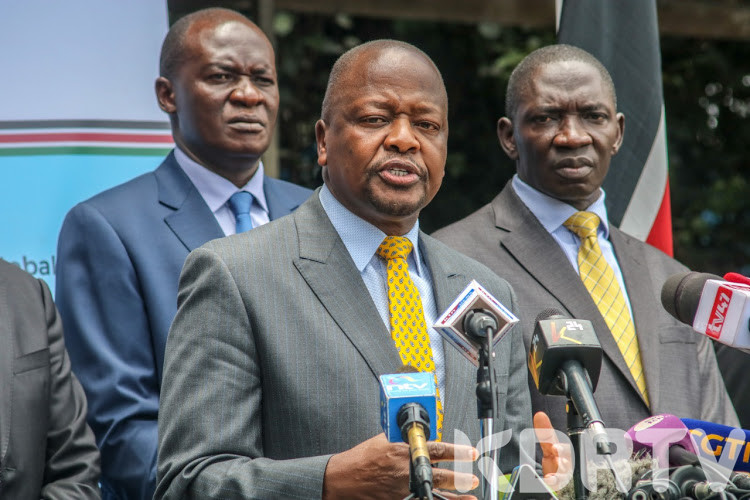 (KDRTV) – The number of COVID-19 cases have jumped over the 400 mark after confirmation of 15 new cases on Friday.

This brings the number of confirmed cases to 411. More worrying for the Ministry of Health is the death of four patients. The number of deaths now stand at 21.

BREAKING: CS Mutahi Kagwe: We have tested 1434 samples. Out of those 8 females, 7 males have tested positive ranging between 2 & 79 years of age. Confirmed coronavirus cases in Kenya now stands at 411 pic.twitter.com/xAmvTbdm3F

“We have tested 1434 samples. Out of those 8 females, 7 males have tested positive ranging between 2 & 79 years of age. Confirmed coronavirus cases in Kenya now stands at 411,” CS Mutahi Kagwe said during a press briefing at Afya House on Monday.

Mombasa continued with the recent trend of recording the highest number of cases contributing 11 of 15 confirmed.

Kagwe has said that more stringent measures now need to be taken to contain the coastal county.

“Mombasa’s trend is now worrying, and we may have to impose tougher measures to avert the spread of the virus,” CS Kagwe said.

On Friday, the Ministry of Health started mass testing of people in Kawangware. CS Kagwe said that one patient in the area had accounted for at least six other infections.

However, it is the North Eastern region that needs to worry the government at the moment.

Kenya shares a long porous border with Somalia which has reported more than 500 cases.

Some of these cases have infiltrated to Wajir County, where two people have been confirmed positive. One of the patients arrived in the country from Somalia.

Mandera County has eight cases. At the moment, Mandera is under partial lockdown but Kagwe said Kenya might soon be forced to close its border with Somalia.

Subscribe to watch latests videos
In this article:COVID-19 in Kenya,Headlines,Health CS Kagwe Mutahi