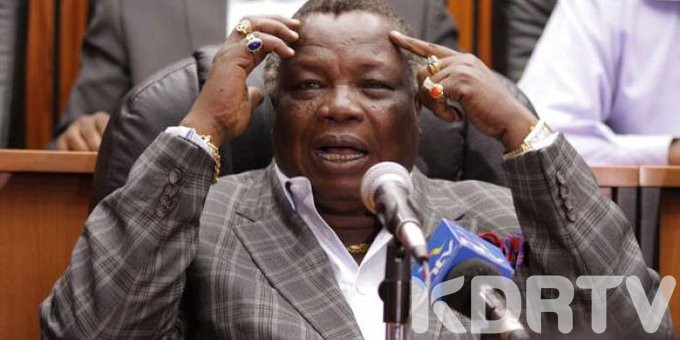 Central Organization of Trade Unions (COTU) Secretary-General, Francis Atwoli has prophesized that should Kenyans go for a referendum today. Kenyans will vote in favor of the Building Bridges Initiative (BBI) by as early as 10 am.

While speaking at Uasin Gishu County, on Saturday, November 16, Atwoli affirmed his early sentiments that Kenyans need a referendum to enhance the peace prevalence in the country

Atwoli restated that President Uhuru Kenyatta is too young to retire. Thus Kenyans should amend the constitution to accommodate him in the next government after his reign ends in 2022.

“President Uhuru is going nowhere. We should make a provision in the constitution to allow him to get a job. I had once said this but people saw that I am out of my mind. However, if you read today’s newspaper, you will see that the president has no issue with being the country’s premier.

We also want this so that after elections, we can have peace in the country even if it means creating six slots. I have foreseen this, and therefore, I want to assure you that by 10am, BBI will have been confirmed after Kenyans reading it and making necessary corrections,” Atwoli said.

Atwoli recently predicted that OMD candidate Imran Okoth would win the Kibra by-election by 10 am and that came to pass.

However, Atwoli had earlier made a surprisingly remarks that the Deputy President William Ruto`s name will not be in the ballot paper come 2022.

Atwoli also claimed that he was the one who initiated the peace deal between Raila Odinga and President Uhuru Kenyatta that gave birth to the BBI.

The Chairman of COTU has also severally been seen siding with the opposition leader Raila Odinga.