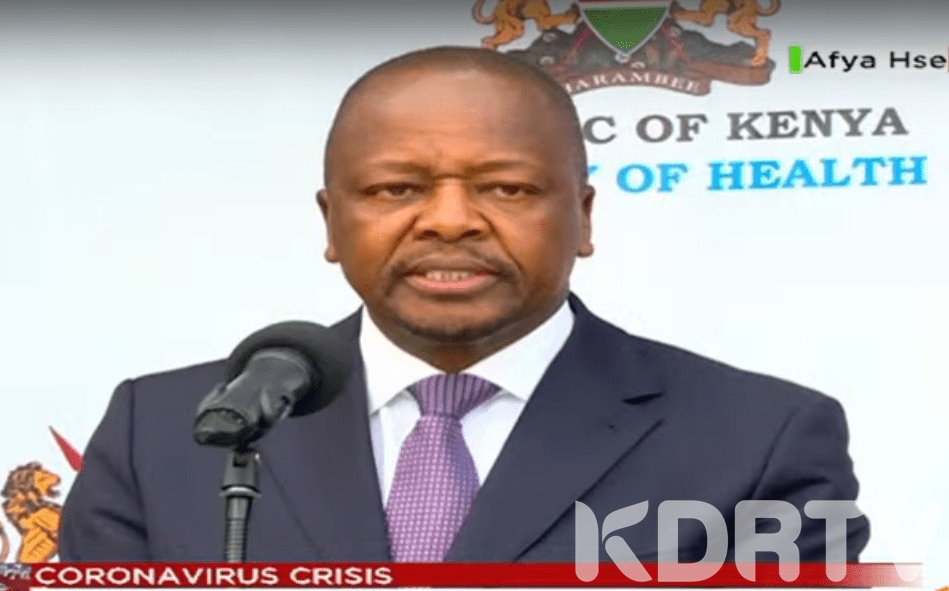 (KDRTV) – 12 more people have been discharged from hospital after fully recovering from the COVID-19 virus, Health CS Mutahi Kagwe has announced. This brings the number of recovered patients to 53.

Speaking during his daily media briefings on Wednesday, the CS noted that another patient had succumbed to the virus. This puts the death toll at 10.

Despite these figures, Kagwe has warned Kenyans that this is not the time to celebrate because the country is not yet out of danger.

On Wednesday, the number of confirmed cases rose to 225 after confirmation of nine new cases. Five of the cases are in Nairobi while the remaining four are in Mombasa.

“We are not out of danger. We are aware that there are those looking at our figures and celebrating a bit too early. A comparative review of the countries now being overrun by the virus shows that they were reporting similar figures as we are now.

“Our 4.6% death rate is within the global range of 6.3% Out figures should there not delude or deceive any of us in to dropping the ball,” said Kagwe.

The CS said that plans are underway to start the mass testing of people especially in Nairobi.