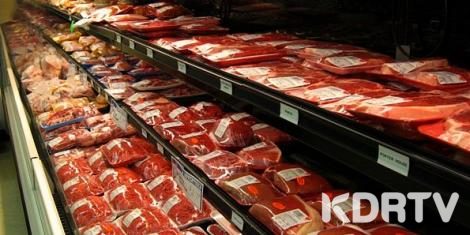 The display of red meat in supermarkets has caught the attention of many with their fresh looks and red color.

According to the recent investigations, all is not well that looks well, as the meat samples were exposed to contain a chemical substance that is very harmful for human consumption.

After the exposure, a couple of supermarkets were put on the spot over the alarmed use of the chemical substances.

For instance, at Tusky’s supermarket in CBD some samples of the red meat sold were collected and taken for tests and analysis.

The results indicated an overuse of the chemical at a higher percentage rendering the operation of the meat section illegal.

Ideally, the same happened in Machakos County after Governor Alfred Mutua ordered the closure of the meat sections in all Naivas supermarkets until investigations were completed.

Naivas supermarket was also believed to sell meat to customers that contained the chemical substance exposed.

This exposure comes at a time where illnesses and diseases have been on the rise such as cancer.

We recently lost an Icon Bob Collymore to Cancer and the sitting Kibera Member of Parliament is fighting for his life against the dreadful cancer.

Red meat consumption plays a role in growth of cancer cells, and worse still with the added chemicals used to preserve it.

In estates, most butcheries have been on the lookout for any health inspectors while most of them remained closed until the wee hours of the night.

Others have resorted to displaying and selling very small quantities of meat that are consumed within the same day.

However, what is not certain is how long the crack down will go on with fear of the same going on immediately after the buzz dies down.

The health inspectors that cracked down the supermarkets gave a statement that the meat was seized and planned to go to court to obtain an order where the seized goods will be confiscated and kept away from human consumption.