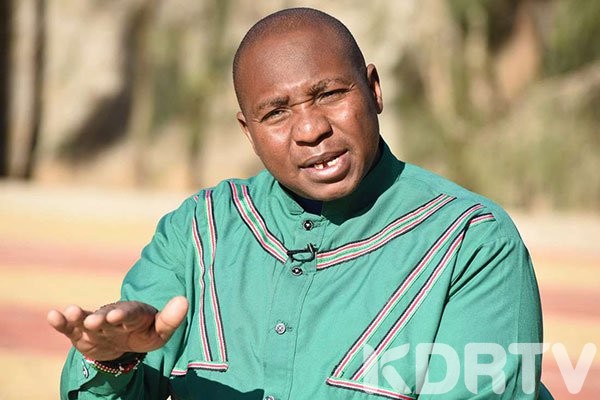 Jubilee Nominated Member of Parliament (MP) David Sankok has announced his intention to retire from politics.

Speaking to Daily Nation, Sankok, popularly known for his green suits and colorful jibes, noted that he has had enough and that he will neither be seeking any elective seat nor accept any other parliamentary nomination.

He commented: “The fastest way to become poor in Kenya is to become a Member of Parliament or Member of County Assembly.

“Politics in Kenya is very hard,” he added.

The former chairman of the National Council of People with Disabilities went on to state that politicians find it hard especially because they are always seen as moving ATMs.

“It is a very dirty game where everyone thinks you are their property. There are so many state officers but its only politicians who are pestered with incessant demands for handouts,” he mentioned.

Sankok also explained that just like other employees, politicians rely on their salaries to meet their basic needs, a fact that is often overlooked by the electorates who demand handouts.

He mentioned: “It’s very hard to give out something you have really worked hard for. Personally, I’m not used to giving out free things.

“As a disabled person, I have struggled. You can’t just dish out money freely. For instance, I’m in charge of 6.5 million disabled people, even if I would give each one bob it would still not be enough as I still have other development projects to look into such as roads, schools,” he asserted.

Surprisingly, the 41-year-old expressed that he deeply regretted his decision to join politics.

Also read: The Sonko-Duale War is Not about Revenue Allocation but of 2022 Politics

“I was very comfortable before I became an MP. I won’t go for another term because in Kenya politics is just too tasking as everyone feels you owe them something because they elected you,” he told.

According to him, once he retires from politics, he will aim at the United Nations for the position of a special adviser for persons with disabilities due to his track record.

“I could end up in the UN as a special adviser for disabled persons, I will contribute more there. I feel I have done enough.”