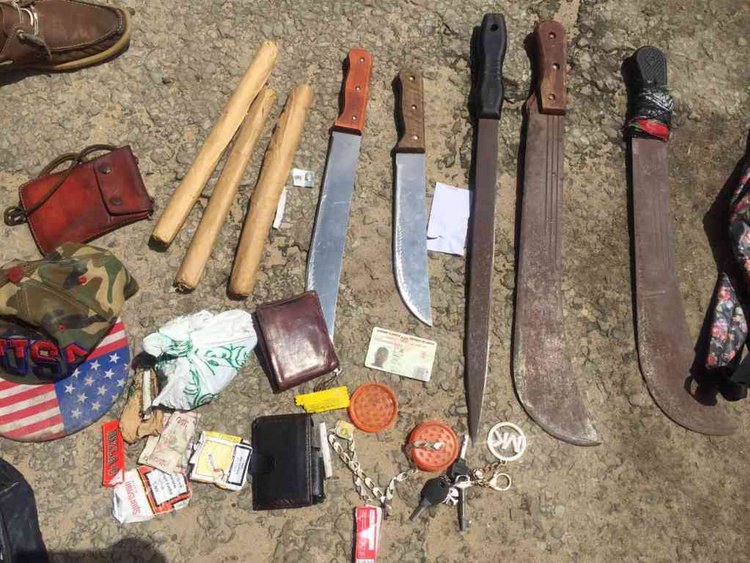 Residents of Mombasa are living in panic and grief after a notorious gang broke out to terrorize and subject them to torture.

The gang is very renowned due to their tendencies of walking around in groups carrying machetes and scaring people away.

On Monday evening, the situation became worse as the gang was involved in an altercation with residents of Bamburi Mwisho, Bombolulu and Kisimani where they injured a good number.

According to the reports going round, the gang is comprised of at least 20 strong bodied able men with very scary looks and armed with different weapons.

The Monday attack has left two people dead while others injured and receiving treatment in the clinics nearby.

According to the Nyali Sub county Police Commander, the matter had been reported through WhatsApp images and videos, although the police have been deployed to pursue the gang members.

The residents have been allegedly advised to stay indoors through social media after the police were deployed in the various areas and raising the tension.

According to one of the residents, the gang showed no mercy and harmed anyone that stood in their way.

“They found some children playing in the playground and chased them away, while threatening them with machetes,” said a resident.

Criminal gangs have been operating in different Counties, with the members recruiting young men into their scandalous acts.

Mombasa County has been a  hot spot as many youths engage in using drugs as well as the state of joblessness in the country.

The County Commander of the area has advised people to remain calm while they pursued the gang members, promising residents that the criminals would be brought to book.