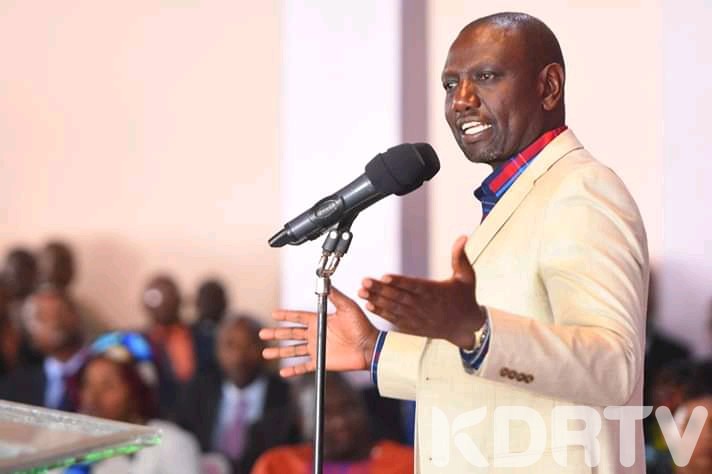 KDRTV-The office of the Deputy President on Wednesday through its chief of staff Ken Osinde wrote a crucial letter to the Inspector General of police Hillary Mutyambai concerning the alleged Sh39 billion fraudulent arms deal which has continued to stir endless debates in the country.

Echo Advanced Technologies company in America accused him of conning them millions of money through a fake tender.

In the case,it is alleged that Echesa led the two businessmen to DP Ruto’s office in Harambee house where the deal was finalized and this has turned Ruto’s office into a crime scene as the Directorate of Criminal Investigations pay more focus in what transpired during the visit on February 13th.

In the letter, the DP Ruto asked the police boss to conduct thorough investigations into the allegations terming it as a security breach.The letter further asked the to take court actions on any worker who will be identified as part of the case.

“Any officer in our establishment who will be found culpable should be arraigned in court the soonest possible. It is also critical that the investigations be extended to the Immigration Department to provide information on the type of visa issued to the alleged foreigners who were working with the alleged criminals in our country. Urgently take the necessary action and keep this office informed,” reads part of the statement seen by this media  house.

Rashid Echesa on his part has denied being involved in the matter and has defended his visit to DP Ruto’s office by  saying that the second in command is his personal friend and he therefore does not need any appointment to meet him.

Echesa is currently out on Ksh 1 million Ksh bail and his case will be heard on March 3rd.

Subscribe to watch latests videos
In this article:DP Ruto, Inspector General of Police