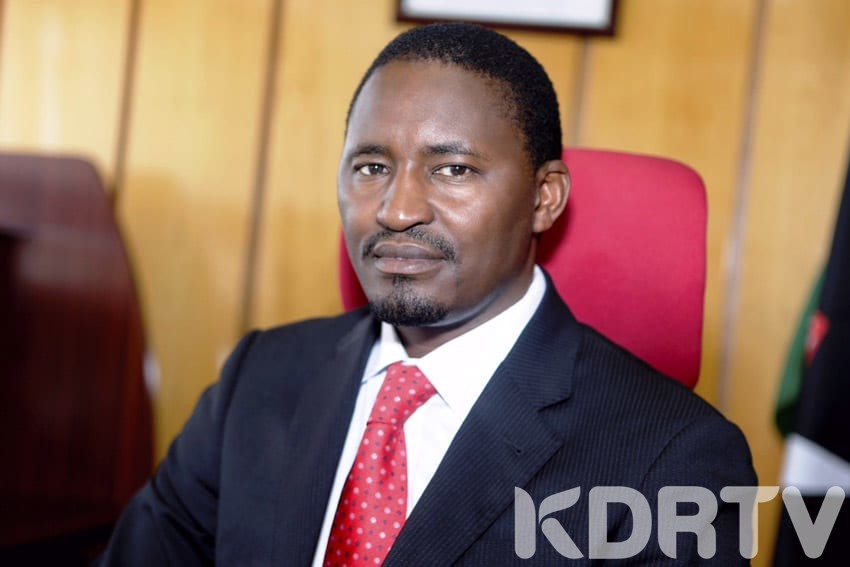 (KDRTV) – As President Uhuru Kenyatta was firing Agriculture Cabinet Secretary Mwangi Kiunjuri on Tuesday last week, detectives from the Ethics and Anti-corruption Commission (EACC) were preparing a letter to summon him over an alleged illegal payment for maize supply.

We can now confirm that Kiunjuri was grilled for hours at the EACC headquarters in Nairobi over the controversial payment of Ksh1.7B for maize supplied in the 2016/17 Financial Year.

According to the Standard newspaper, the money was withdrawn from the Strategic Food Reserve Trust Fund accounts at the Central Bank and paid to a private company last year. EACC claims the payment was made without prior approval of the oversight board and contrary to the Public Finance Management Regulations.

The procurement was meant during the tenure of former CS Willy Bett, who is now Kenya’s ambassador to India, but the payment was made in Kiunjuri’s era. EACC plans to grill Bett over the matter.

Kiunjuri was fired last week in the aftermath of the locust drama, where he had asked Kenyans to take pictures of locusts and share them on social media.

During his tenure, the prices of milk sank to an all time low of Ksh 17 per litre. Dairy farmers in Nyandarua were forced to pour their milk in December. Coffee, tea, maize and sugar sector all suffered during his tenure.

However, a section of Tanga Tanga politicians claimed that he was sacked because he was supporting Deputy President William Ruto’s 2022 Presidential bid.