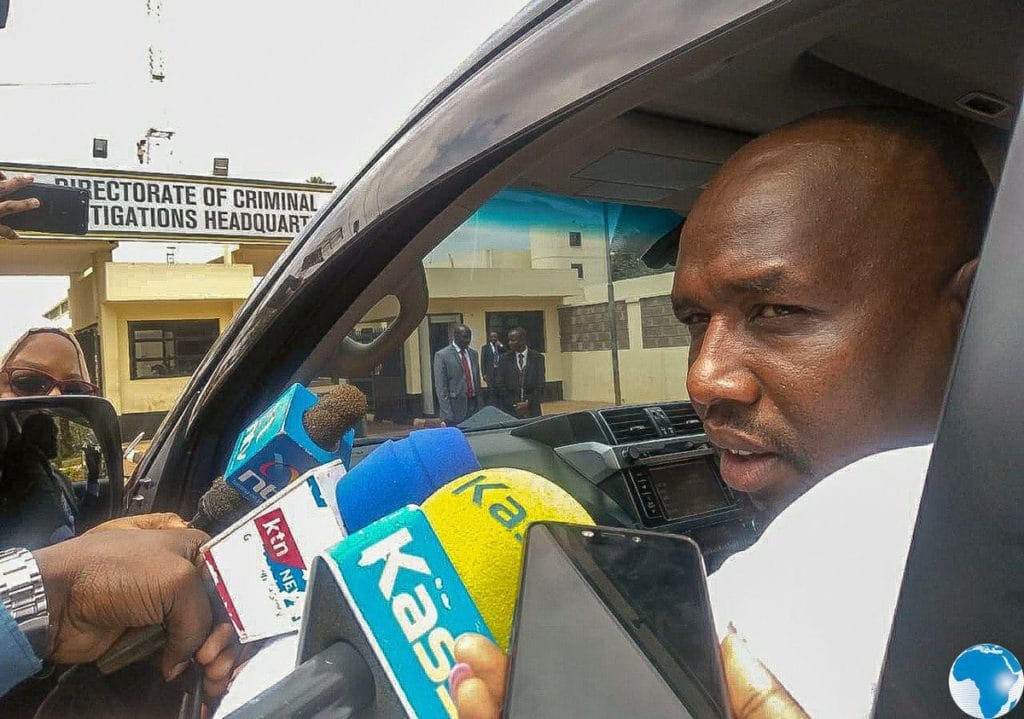 After the arrest of Treasury CS Henry Rotich, DP William Ruto and his allies have gone on the attack against the DPP whom they are accusing of political witch hunt. Henry Rotich, a key ally of William Ruto has been arrested alongside his PS Kamau Thugge and 26 others whom the DPP want to answer to graft related charges.

Immediately after his  his arrest, Elgeyo Marakwet Senator Kipchumba Murkomen on Monday rushed to the DCI headquarters  to represent the Treasury CS as his lawyer. While speaking to journalists at the DCI Headquarters, Murkomen said the  charges levelled against CS Rotich and other Aror and Kimwarer suspects were a charade.

”I’ve gone through the charges and I can tell you this is just a charade,” Murkomen said.

Also, officers of the Ethics and Anti-Corruption Commission based in Eldoret have  Kerio Valley Development Authority officers who were named by the DPP as suspects.Part of the group is the KVDA acting MD Francis Kipkech, among other officials.

The announcement came after Haji and Directorate of Criminal Investigations boss George Kinoti flew to Italy on June 10 to conclude investigations into the dams scandal.