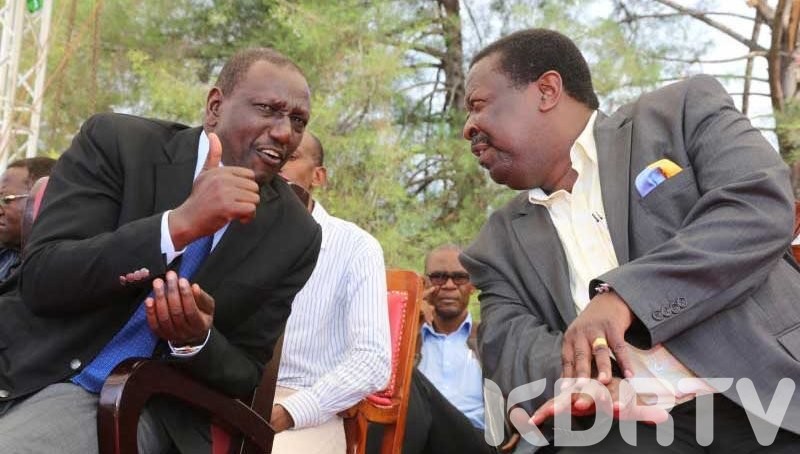 Amani National Congress (ANC) leader Musalia Mudavadi has made headlines during the past two months, with 2022 succession plans rotating around him.

Last week, DP William Ruto had urged the ANC leader to join his camp and work together for the 2022 end game.

However, Musalia turned him down and stated that he was ready and willing to stand on his own for the top seat.

Yesterday, the ANC leader disclosed the reasons behind his refusal to join DP Ruto and work jointly to defeat other camps.

According to Musalia, Ruto had nothing new to offer and joining his team would mean a continuation of failed administration and unending corruption.

“I turned the offer by the DP to join his camp because he has nothing new to offer. He is currently in government with President Uhuru and nothing good has come out of it. There is no way he can be a solution to a problem that was manufactured by his administration,” said Musalia.

Musalia has derived a plot that will unite the Western Kenya leaders and have him as the front runner in the top seat, leading to a guaranteed win.

Early this week, Kirinyaga Governor Anne Waiguru made astounding remarks saying that Kenya was not ready to be ruled by only two dominant tribes, and that it was time for change.

According to Waiguru, the BBI would bring all tribes and politicians together and the best preferred candidate given the push and support to take over and succeed President Uhuru.

In all these plans, it was alleged that Musalia was the best preferred candidate and although not yet confirmed, it is only a matter of time given that he has played key roles in Kibaki administration, Raila administration and now Uhuru’s since he is part of NASA.

However, Musalia refuted the tactics and pledged to stand alone with or without the support of other leaders he has been associated with in the past.

According to Musalia, his main focus currently is to build and strengthen his party which is ANC and make preparations for 2022.

“My aim is to expand ANC and network within the boundaries of Kenya. After that, I will spearhead the agendas that are beneficial to Kenyans such as fighting corruption and unburdening the debts that have been incurred by Uhuru’s administration,” said Musalia.

READ ALSO: You Are Doing Zero Work In Western With Your Visits, They Wont Earn You Votes- Western Leaders To Ruto

Western Kenya is hot spot for votes and every other politician’s target is to popularize in the area and garner as many hearts as possible to embattle the 2022 race.

With Musalia confirming to be on the ballot, a lot of theatrics are expected considering the DP Ruto has also leveled the ground by converting some of the politicians into his camp.