KDRTV-Deputy President William Ruto’s Weston Hotel is set to close down on Monday 30th this month following the deadly Coronavirus and highly contagious Coronavirus outbreak in the country which has continued to paralyze the normal operations of the country.

Through a letter  shared on the Hotel’s official Twitter handle and seen by KDRTv, the Lang’ata based high-class hotel revealed that it is going to shut down due to the Coronavirus pandemic.

This has been necessitated by the Hotel’s mission to provide healthy and safe services during this time.

“In a view of the precautionary guidelines given in response to curbing the spread of the COVID-19 Coronavirus, with your health and wellness being our utmost priority, we would like to inform you that we will be temporarily closed as from Monday 30th March 2020 until further notice, ” reads part of the letter. 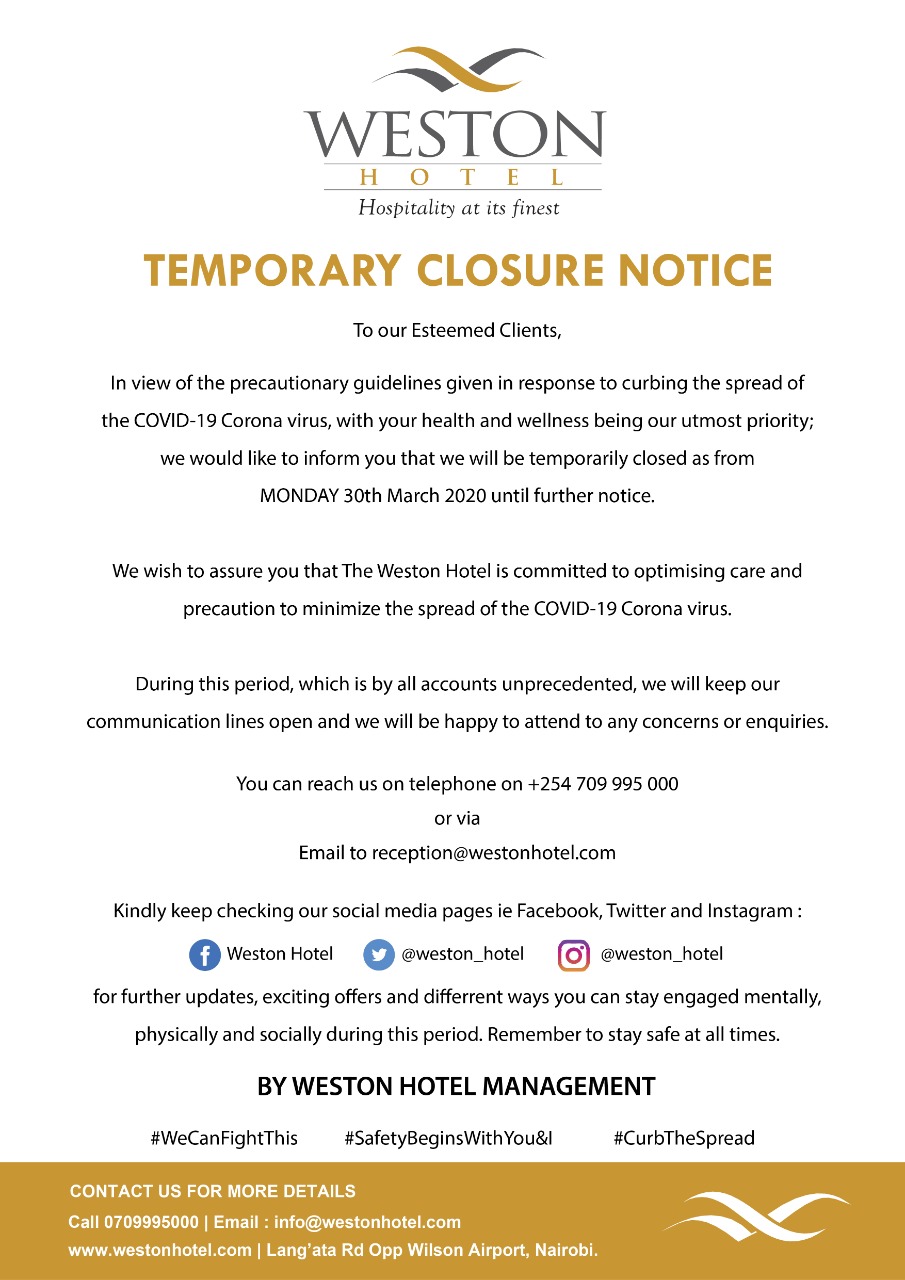 The move came shortly after a section of Kenyans asked the second in command to offer the hotel to provide and host the hundreds of Kenyans who have jetted into the country and have been forced to self-quarantine.

The Coronavirus infection which was reported and confirmed in the country two weeks ago has led to several negative impacts in the country with the economy of the country being the major victim. The government of Kenya has on its part laid out several measures that are aimed at containing the outbreak as a total of 31 people test positive for the virus. Staying at home an official curfew set to kick off on Friday are some of the measures which have been put in place and automatically going to minimize the country’s outcome as the majority of the Citizens will be rendered unproductive.

The Coronavirus infection is believed to have originated from Wuhan China after the first case was reported in December 2019. About four months later, the virus has spread to all parts of the Word leading to thousands of deaths with China and Italy being the major casualties.