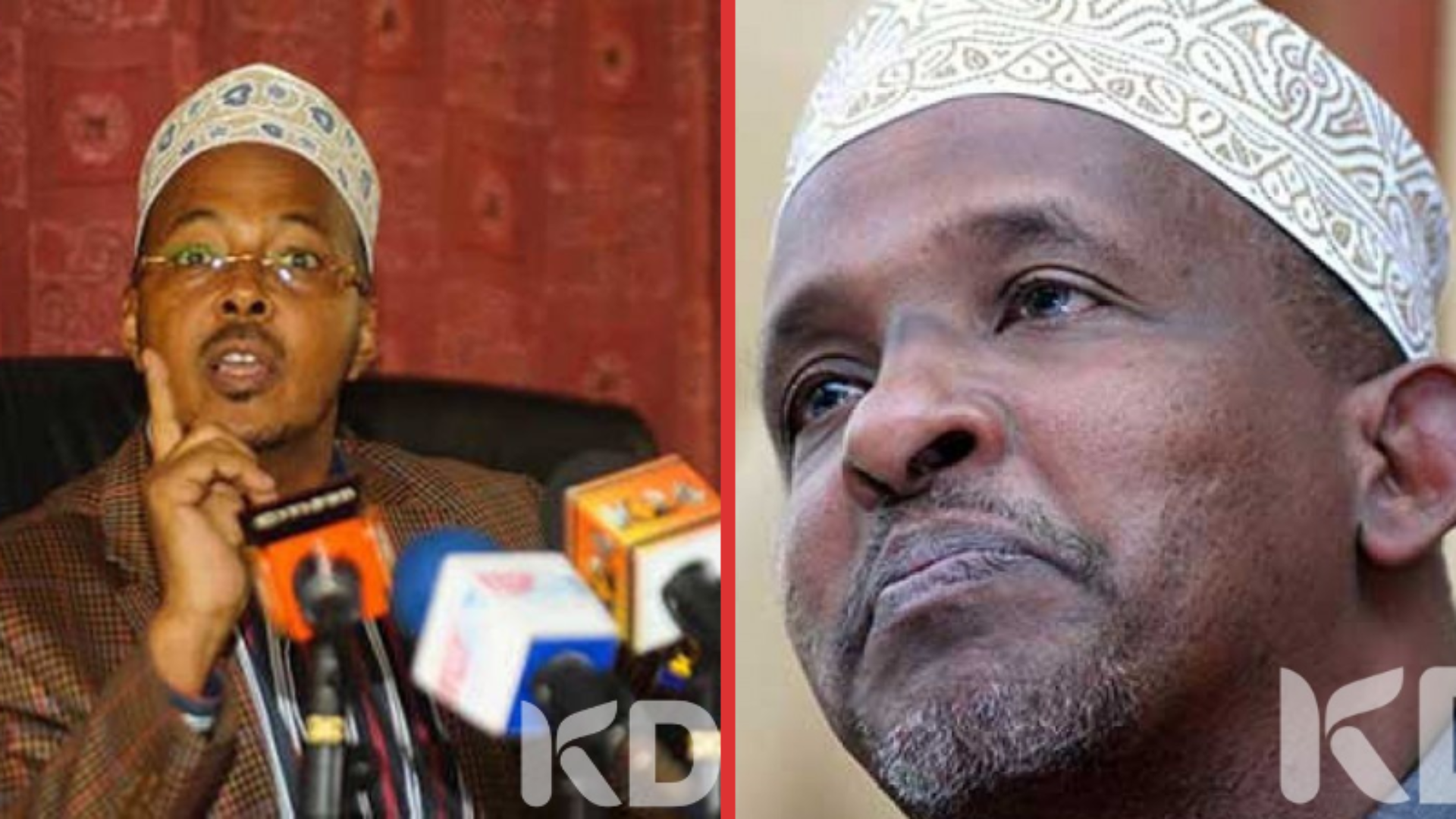 Keynan and Duale
KDRTV-There was drama in the National Assembly at parliament buildings on Tuesday afternoon after Aldas member of parliament Adan Keynan and his Taveta counterpart Naomi Namsi Shaban were forced to leave the parliament over fears that they might be carrying the deadly Coronavirus.
The National Assembly speaker asked the legislators to leave the session after their colleagues raised a point of orders claiming that the two lawmakers had just arrived into the country from abroad and they are putting the lives of over 200 legislators at risk.

The National Assembly majority leader and Garissa Town MP Aden Duale was the first one to ask for the removal of Adan Keinan who had just arrived from the United Kingdom (UK) by warning the speaker that some of the members of the house were not taking the Covid-19 epidemic seriously.

“Honorable Speaker, some of the MPs are taking this matter casually and we need to be serious, this epidemic can heat us badly,” Duale said.

Moments later, Endebess constituency Member of Parliament Robert Pukose  asked for the ejection of Naomi Shaban who is said to have jetted back into the country after an assignment abroad.

Kenya reported the first case of Coronavirus last Saturday when a lady who had arrived into the country from London tested positive for the respiratory infection.On Sunday, president Uhuru Kenyatta announced that two other Kenyans who had made contact had also tested positive.The fourth case was confirmed on Tuesday afternoon by Health Cabinet Secretary Mutahi Kagwe who urged Kenyans not to panic as the government is putting in the necessary efforts to ensure that the outbreak is contained.The patients are receiving special treatment at Mbagathi hospital and have been isolated to prevent further spread.

The outbreak has left the majority of Kenyans living in fear and unsure of what to do following the intense negative effects the virus has left to many countries and states worldwide since it was reported in December last year in Wuhan China. Various states in the UK have reported several cases which have left a number of people dead.