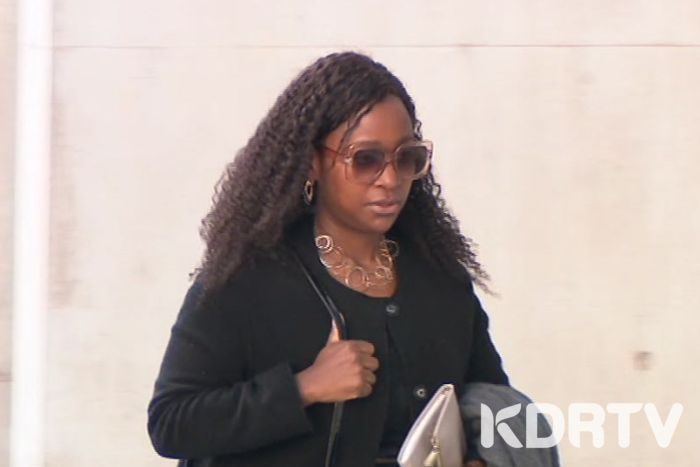 Esther Arunga was sentenced Thursday morning after pleading guilty to lying to police on circumstances that led to her three-year-old son’s death.However, she will only serve a 10 month sentencing on parole.

She had earlier told medics and prosecutors that her son fell from the staircase, but later changed the version to implicate her husband – Quincy Timberlake – who punched the boy’s stomach several times.

Timberlake is already facing a murder charge in which Arunga is also charged as an accessory.

Sinclair died in the couple’s home on June 18, 2014 under unclear circumstances but an autopsy later revealed that he died “as a result of a severe blunt force such as punching or stamping or similar,” the Australian Associated Press reported on Monday.

According to AAP, a Crown prosecutor told the court Arunga called emergency services just before 2am on June 18, 2014, when the controversial murder occurred.

Danny Boyle, a prosecutor in the case, told the court the 38-year-old had earlier told paramedics who responded to an emergency at her home that Sinclair had fallen down the stairs.

Boyle told the court Arunga diverted attention from her husband for almost a month and that she only changed her story after Timberlake was involuntarily admitted to a psychiatric facility.

“She told police she went into the bathroom on the night of June 17 to find Quincy hitting Sinclair in the stomach,” AAP reported.

“He then threw him against the wall,” Arunga is quoted as having told investigators.

According to Arunga, Timberlake kept saying “there’s a devil in his (Sinclair’s) stomach, I have to get it out”.

The former news presenter told the court she was afraid to speak because she was afraid of Timberlake who had a strong arm which even an adult couldn’t withstand a punch from.

“I was terrified of being alone and I felt terrible because my husband was sick as well,” she told police.

Timberlake, was on Monday charged with the murder of the three-year-old boy with his mother Esther Timberlake pleading guilty to being an accessory to the murde

Subscribe to watch latests videos
In this article:Esther Arunga