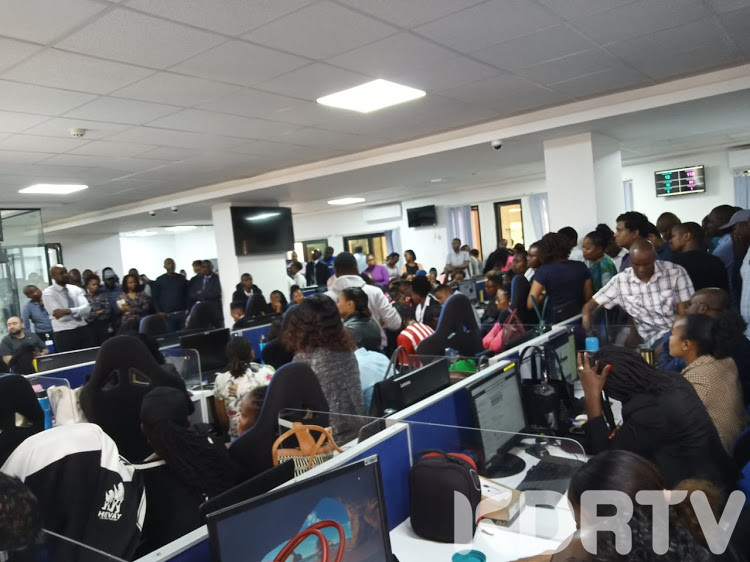 Giant Betting company Sportpesa has asked all the staff it fired early this month to report to the firm’s offices at Chancery Building along Valley Road tomorrow, Friday, November, 1.

The firm’s head of human resources  Terry Wanja Njagi sent out an email to all ex-staff members on Thursday at 3 PM asking them to report to work. The letter which was copied to ‘All’ had two things on the agenda; “Withdrawal of termination notices dated 2nd October 2019.” The second item said: “Tomorrow at 11am [we will communicate the] next steps.”

An employee whose contract ended last week told a local daily that she had received the email.

“I got the email this afternoon, and all we can now do is speculate that, hopefully, we will have our jobs back,” she said.

Sportpesa announced in September that it was exiting Kenyan market after disagreeing with the government’s decision to slap a 20% tax on all bets placed.

“The economic incentive to place bets will be completely removed as the taxes will deprive consumers of their total winnings and will halt all investments in sports in Kenya,” the company’s statement read.

“The tax is based on a fundamental misunderstanding by the (former Treasury CS Henry) Rotich led treasury of how revenue generation works in the bookmaker industry. This decision will have a damaging impact on both customers and treasury.”

The firm had been out of business for more than three months after the Betting Control and Licensing Board suspended its MPESA Paybill numbers.

A few days after exiting the Kenyan market, the firm fired more than 400 employees. The firm’s CEO Ronald Karauri said they couldn’t keep their staff without generating revenue.

“We’ve been keeping our employees for three months with no revenue so we had to do what we had to do. With the new taxation rules, the business has become tricky,” Karauri said during an interview on a local Radio Station early this month.

They also suspended their sponsorship of several sports in the country. The Kenya Premier League (KPL) has suffered huge financial constraints since the firm was its main sponsor. Stakeholders have even called for the league to be suspended.

However, Sportpesa management has always maintained that they will return to the market when and if the government addresses their grievances.