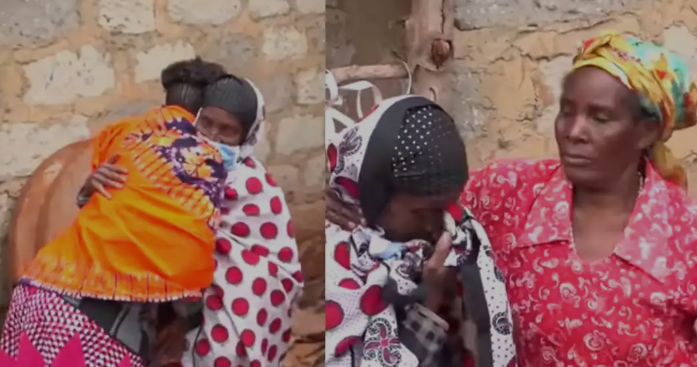 A family in Kiharu, Murang’a county can’t explain their happiness after their daughter perceived to be dead since 2006 returned home.

The woman, Hannah Wangari, left home in 1994 for a job in Limuru and never came back. She also stopped communicating with her family.

According to Wangair’s mother Susan Nyambura who spoke to Inoroo TV, in 2006 they were told a woman resembling her daughter was sick and dying, prompting the family to pay a visit.

But before they got to see her, the woman died. The family took the body and buried her in Othaya, Nyeri.

“I really do not know what happened. We went to the hospital and found a very sick woman whom we thought was Wangari,” said Nyambura.

“I don’t know why were quick to believe that she was our daughter.”

Nyambura’s mother, however, was more than happy her daughter returned home 27 years later.

“I am just so happy, I feel peaceful now. I was even sickly but now I am totally healed,” she said.

Asked why she took 27 years to come back home, Wangari,42, said she got caught up in life and was too broke to travel.

She got married, was blessed with kids and was operating on a very tight budget that didn’t allow her to visit her mum.

“Despite the challenges, I resolved to come to see my people,” she said.

“I arrived in Murang’a Town, took a tuk-tuk that brought me to the homestead. I would advise all people who have left their homes to return and seen their people.”