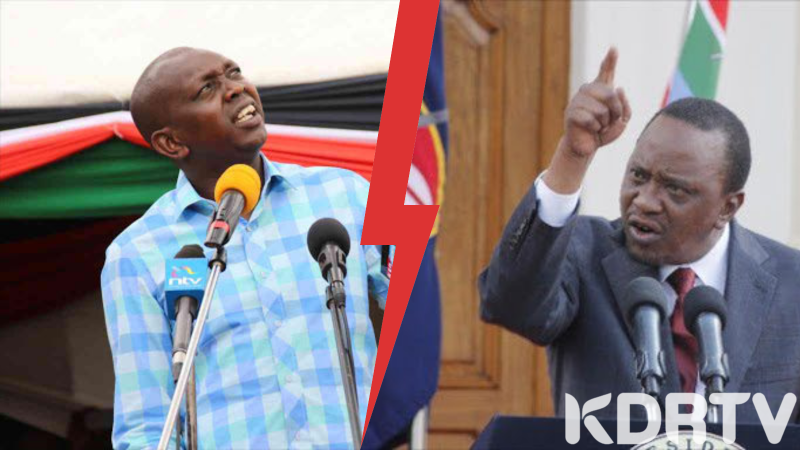 President Uhuru Kenyatta is expected to grace the re-opening of Rivatex Mills now co-owned by Moi University and the Government, located in Kapsaret Constituency, Eldoret Town, in Uasin Gishu County.

On the table is the President’s four point agenda he is vouching to ensure he leaves back a legacy which Kenyans will remember him for. Rivatex or Rift Valley Textile was run by the Government of Kenya but shut down it’s doors when second hand clothes were allowed into the Country in the mid-nineties. It used to manufacture state of the art woolen linen and blankets but had to close shop because of cheap importation of second hand clothes famously known as  Mitumba.

The introduction of Mitumba(second hand ) clothes not only affected Rivatex but linen manufacturing giants like Kicomi or Kisumu Cotton Mills, which is a shell of its own former and now lies abandoned near the Lakeside Beach of Lwangni in Kisumu city next to the now reviving Kenya Breweries Company.

The President is keen on ensuring that many plants which closed doors are revived in order to employ thousands of youths who completes colleges but have no jobs which renders them to seek alternative ways to survive and others are forced to engage in weird and dangerous activities to earn a living.

President Kenyatta is expected to land in Eldoret with a huge delegation and is expeted to be received by the Deputy President Dr. Willian Samoei Ruto and the Uasin Gishu County Governor, Mr. Jackson Mandago which will also be graced by local church leaders, political leaders and the local area residents who are lining up to receive the President to the County.

The President has not visited Uasin Gishu County since 2017 and local leadership and residents are very keen to listen to him and hear if he has some goodies for him. Leaders in the area are crying foul from the Government because of poor remuneration by the National Produce and Cereal Boards who they say gave them a raw deal in the Corn prices.

Some pundits have termed the visit as vital while others call it a litmus test to the President who is perceived not to be having a close working relationship with his Deputy who also hails from the same area.

The area Member of Parliament Mr. Oscar Sudi who is an ardent  critic of the President is expected to give a speech which many political analysts say might not auger  well with the President and his inner circle.