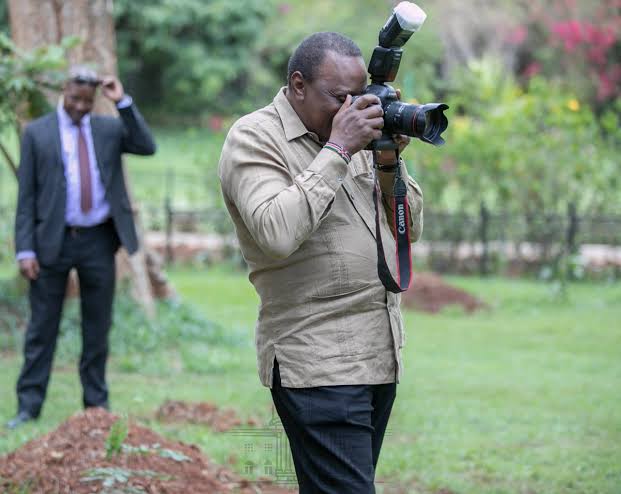 Before Uhuru Kenyatta joined politics, he did several hustles even though he was a son of a President.

In this article Krdtv looks into 4 Jobs President Uhuru Kenyatta did before he joined politics.

1. He worked as a Teller

At the time Uhuru earned around Ksh 600 according to multiple sources.

“It wasn’t an easy thing balancing cash as a teller, but at the end of the day it taught you how to stand on your own without necessarily having a shadow behind your back.” Uhuru Kenyatta said in a past interview.

After quitting KCB in 1980, Uhuru set up his own business of selling vegetables. Uhuru owned one old pick-up that enabled him to move from farm to farm collecting vegetables in person and delivering them to the market.

Uhuru then grew the business and started selling milk. He currently owns a multi-million ranch along the Nakuru- Eldoret highway where he does farming and rares animals.

3. Worked in a Restaurant while in the US

During his days at USA while pursuing his education at Amherst college , Uhuru worked in a Chain restaurant that was selling burgers.

4. He was a village photographer while living in Gatundu

It might come as a surprise to you, but Uhuru Kenyatta was once a photographer back in Gatundu as a young man.

In may 2019 Uhuru showed his photography skills after he was spotted with a camera aiming it at various staff during a tree planting exercise at State House, Nairobi.