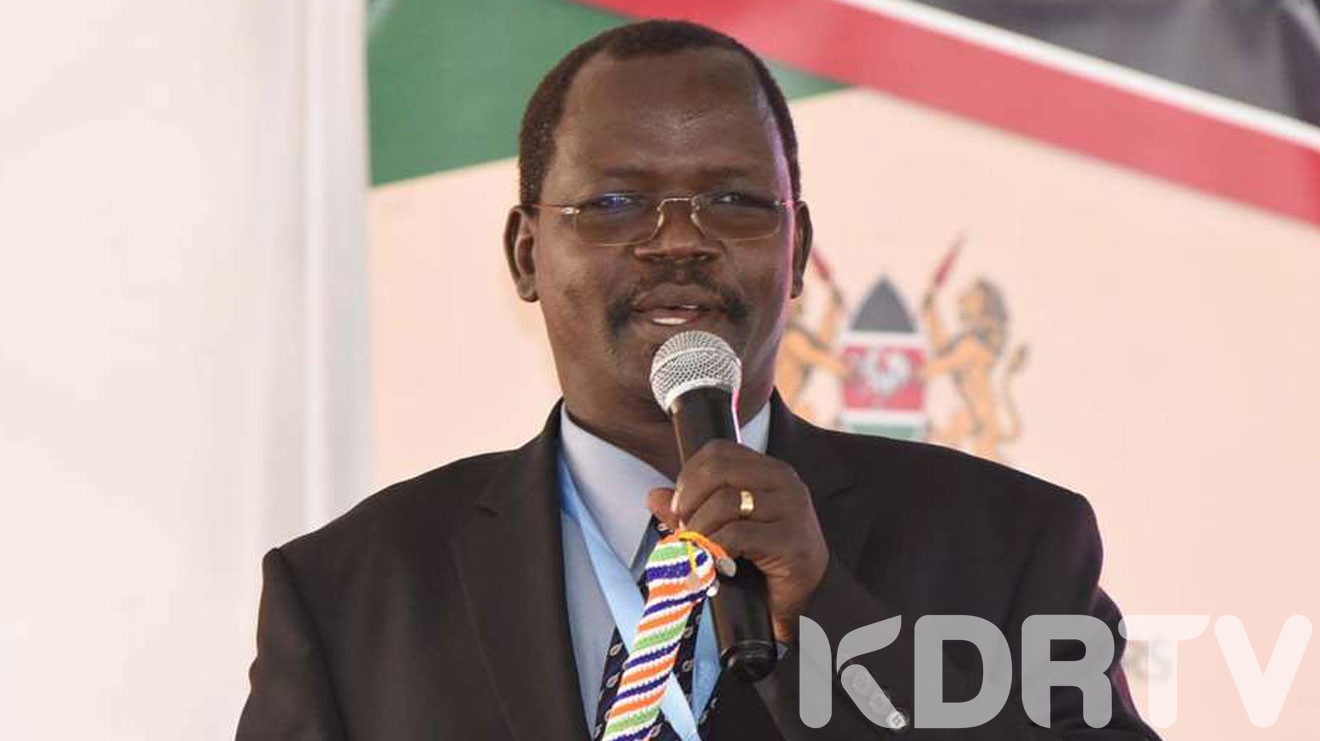 KDRTV-The no nonsense Governor for West Pokot County, Professor John Lonyangapuo, is in deep trouble after alleged nude photos of him have been leaked and shared on social media by a purported secret lover who is also a wife of a local politician.

In the Whats-app screen shots the  purported lover is laughing off the threats from the Professor who goes ahead to issue dire consequences and a refund of a certain amount of money which she was given.

A source close to the Governor denies the allegation and calls the screenshots a Photoshop overtures by his detractors aimed at tainting the image of the Governor who has improved the livelihoods of the people of West Pokot.

The photos of his Mjulus are making rounds on social media. The Photos which we can’t publish on social media due to good journalistic etiquette and rules are very graphic in nature and if it true that’s its him, are going to irreparably damage his good image as a senior public servant, a Father and Husband of a good standing in the society.

The Lover does not end it there and has warned the good Governor to keep to his lane or unleash more compromising pictures and videos to the media.

Some  Netizens have taken the issue casually while others have condemned the act by a respected Governor who is also a Father whom they revere so much and is expected to be a good example to his people and Kenyans as a whole.

KDRTV News desk has tried to reach out to his close contacts who earlier on refuted the allegations and called them a ploy by the Governor’s political enemies who are interested in the 2022 election whom he defeated in 2017 Gubernatorial elections and are now trying to get unorthodox means to gain political mileage before 2022 but the Governor has promised them a serious political duel and will be beaten hands down.