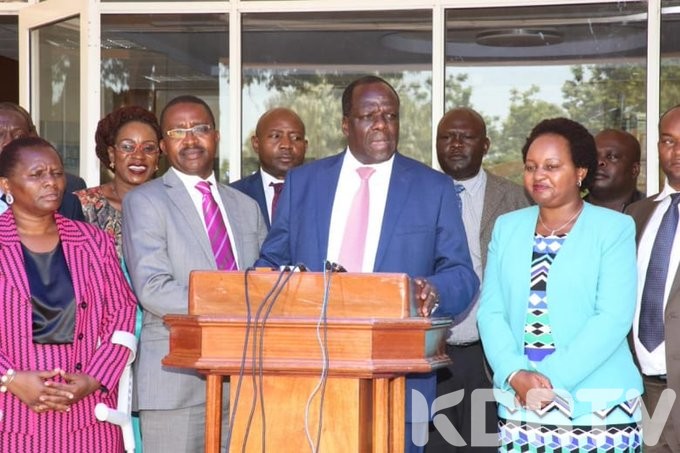 The Council of Governors (COG) has disputed the recent poll ranking by an American Advisory Company, terming it fake and controversial and taken offense in the manner in which the county’s image was painted.

All Africans Advisory (AAA) is an American Company that released the performances of Governors over the past two months, across the 47 counties.

In the ranking, Machakos Governor Alfred Mutua was among the top while the Kiambu counterpart Ferdinand Waititu was ranked last, the least performing Governor despite being away for the said period.

In a statement availed to the media yesterday, the COG Chairman Wycliffe Oparanya trashed the report, terming it a political strategy to divide the county.

“The recent poll ranking have gone against the terms and requirements of statistics hence not genuine. It turned a blind eye on protocols of statistical amendments act of 2019 and is not accredited to conduct such a research,” read the publication.

Ideally, the COG mentioned the position that the company ranked Kenya as one of the seven most dangerous places to live in globally, tarnishing the image of our country and ignoring other worse case countries across the globe.

“It is also important to note that the AAA Company ranked our country among seven worse places to live in globally. Therefore, it does not have the interests of our county at heart hence fake,” said Oparanya.

The publication hence demanded an apology from the Advisory Company and threatened to take legal action in case the report was not retracted.