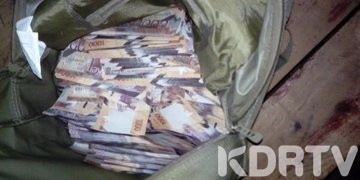 Detectives from the Directorate of Criminal Investigatives (DCI) have on Monday morning arrested a 60-year-old grandmother alongside another suspect over links to the Ksh72 million heist.

According to the DCI, the two were arrested before Ksh2,389,000 was recovered from them.

It is noted that the money recovered was in denominations of Ksh1,000 Kenyan currency notes.

The two were arrested at Kalumoni in Machakos County.

Furthermore, the DCI revealed that one of the suspects John Kamau Mulei is a brother to Bernard Mwendwa, a G4S officer who was arrested after the heist.

“Upon his arrest at Muumandu village in Machakos, Kamau led the detectives to his grandmother (2nd suspect) 60-year-old Mary Kyalo in whose house the Money was recovered,” DCI mentioned.

#UPDATES|Two Suspects connected to the ATM Heist in NRB West were early today arrested by #SCPU Detectives & Ksh. 2,389,000/= recovered at Kalumoni in Machakos County. One of the suspects; John KAMAU Mulei is brother to Bernard MWENDWA, a G4S officer who was arrested on 12/9/19. pic.twitter.com/m8eqTTUEGO

Last week, six suspects in the heist were released on Ksh1million surety bond.

The six among them three police officers were on Wednesday also charged with damaging property belonging to logistics firm G4S valued at Ksh1 million.

Detectives are still tracing the whereabouts of the money as investigations are ongoing.

Subscribe to watch latests videos
In this article:G4S, Standard Chartered